One hears a lot about Nantucket Reds, the iconic trousers sold at Murray's Toggery here on the island.  But this post isn't about them, as there are numerous bloggers, such as Maximinimus, who have written far better treatises on them than Reggie can.


This essay is about the color orange.

When thinking about the beach, many people think of the colors blue, green, gray, white, and sand.  And that is to be expected, since such colors predominate in the landscape.  But what has struck me about this particular visit to the seaside is how often I come across the color orange.


Reggie is an early riser, and I've been enjoying the sunrises here on the mornings I wake up at dawn.  The colors have been fantastic, ranging from deep cerise, to pink, to orange, and yellow.


It's gotten me thinking about how often one sees orange at the seashore, both in the natural environment, and the manmade one, too.  And once I started to focus on it, I found that I saw orange almost everywhere that I looked.


Orange is one of my favorite colors.  I am drawn to it, and I wear it a lot, usually as an accent color.  One of my favorite pieces of clothing is an orange tie from Hermes that I wear with a suit to work.  I call it my Happy Tie. 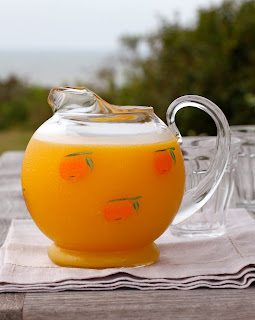 We found this little orange juice pitcher at our house here on Nantucket, and we have been delighted to use it for its designated purpose. 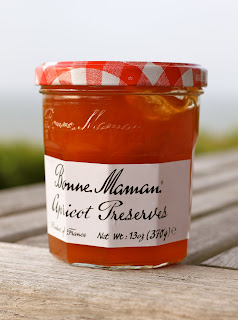 Bonne Maman Apricot Preserves is a favorite jam.  Not only do I like the way it tastes and looks, but it reminds me of breakfasts in Paris, where apricot preserves are a staple. 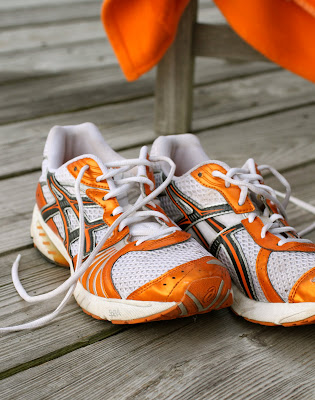 We've been attempting to be healthy here, which for Boy includes a morning run in these shoes. 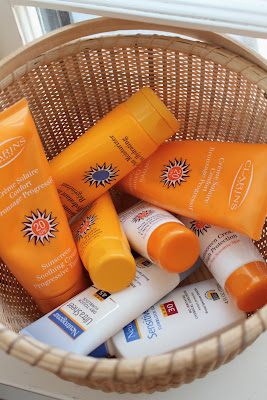 We're also being careful about the sun.  We like and use Clarins suntan lotion, both for the product and the packaging.  We brought lots of it with us.

But suntan lotion alone isn't always sufficient, sometimes you need a hat, too.  Particularly if one is as "hair challenged" as we are. 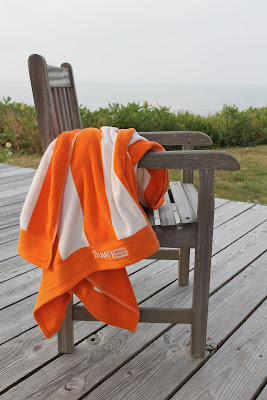 We brought our own beach towels with us, including this one that Boy was given at a company event many years ago. 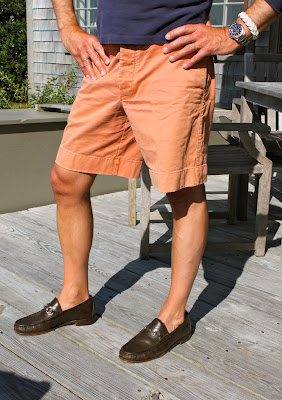 But Nantucket has a lot more to offer than its lovely beaches.  There's lots to do in town, too.  Neither of us believe it is appropriate to wear a bathing suit in town, and that means we must throw on presentable clothing every once in a while.  We can't bring ourselves to buy Nantucket Reds, even though we've been coming here for years.  But orange shorts are pretty close.  Or at least as close as Boy is willing to go. 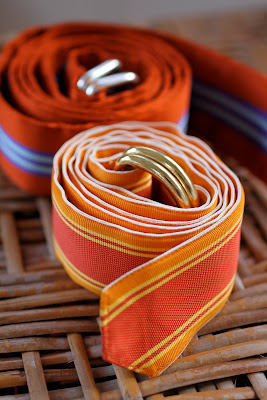 And of course, a pair of shorts requires a belt, preferably a ribbon one. 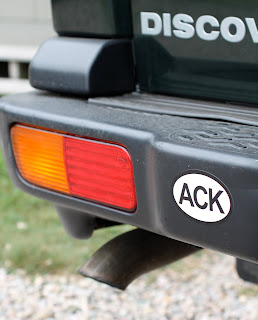 Even the family Rover got into the act! 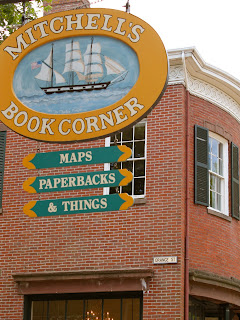 When in town the other day I spent a happy hour in Mitchell's Book Corner, located at the corner of Main Street and Orange Street. 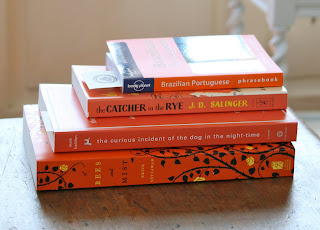 Where I bought these paperbacks, mainly because they are bound in orange covers.  I believe I may have even read The Catcher In the Rye here on Nantucket many years ago as a summer reading requirement.  I'm going to leave the books behind in the house we've rented at the end of our vacation. 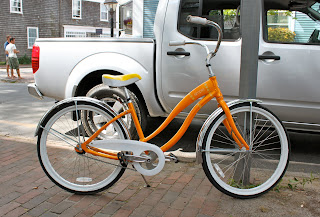 While walking back to the Rover I passed this orange bicycle.  How fun is that?  I can just imagine its pretty owner, pedaling through the streets of this lovely town. 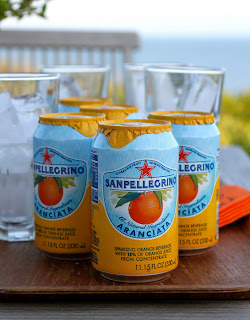 Back at the house, it was time for a pre-lunch refreshment of San Pellegrino Aranciata. 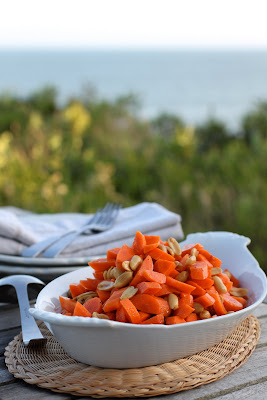 At lunch I served Nigella Lawson's "Rainbow Room Carrot and Peanut Salad" which I made from her Forever Summer cookbook that I found in our house.  I highly recommend the cookbook, Dear Reader, as it is full of delicious recipes, and Ms. Lawson's writing is exceptionally clever and funny.  I laughed out loud when reading through it.  Delightful.


After lunch our friends George Pinckney and Ford Waring arrived to stay with us.  Both Ford and Boy are great clothes horses, and they have been engaging in an amusing pseudo fashion war during George and Ford's visit.  At least that's how Ford and Boy have been describing it.


And the next thing I knew, it was cocktail hour! 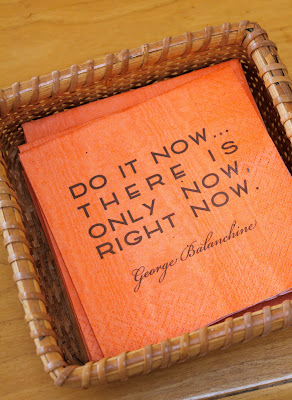 At Darlington we exclusively use cloth napkins, even for cocktails.  However, we picked up these paper ones at the (late lamented) Charlotte Moss store in Manhattan to use when we let our guard down, such as when staying in a rental beach house.  Besides, the saying printed on the napkins resonated with me. 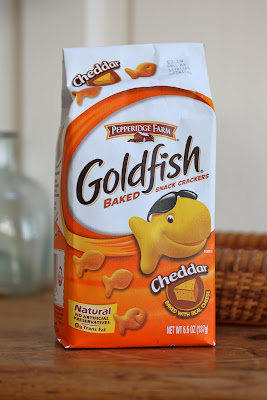 And what WASP cocktail hour would be complete without Pepperidge Farm Goldfish? 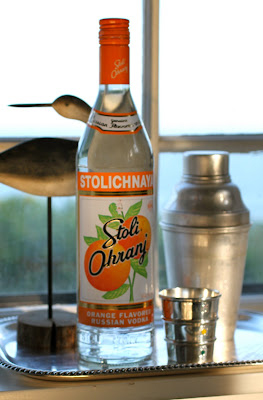 Our favored summer cocktail at the beach this August is made with Stolichnaya's Stoli Ohranj.  I admit that I bought it chiefly for the bottle to show in this story, but I found that it makes a remarkably refreshing cocktail.   Pour a jigger of the vodka over ice, add equal parts tonic water and club soda, and garnish with a healthy slice of naval orange.  Trust me, you'll like it. 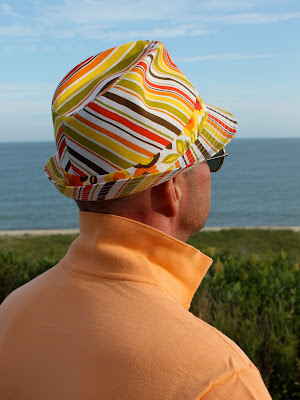 Here's a photograph that I took of Boy the other day during cocktails, looking out to sea.  He's wearing a fun hat that he bought in Rome when we visited there earlier this summer. 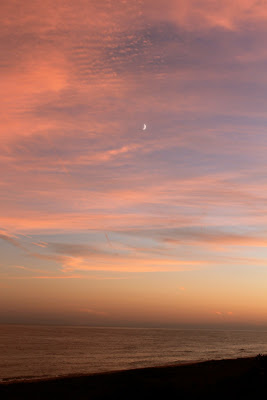 Here is a shot of yesterday's sunset, taken from our deck overlooking the ocean.   If you look closely, you'll see a sliver of the moon about two-thirds of the way up the image.

And that wraps up my essay about the oranges of Nantucket.