"Who is that man behind the curtain?

"Is his name really Reggie Darling?  What kind of name is that?

"And who is this Boy Fenwick person?  And that adorable pug that Reggie sometimes shows on his blog—is his name really Pompey?


"Where is Darlington House?  Is that its actual name?  Who names their houses, anyway?  Why is it that they never show full rooms, only vignettes?  Do you think they even live there?


"And all those stories about Reggie's family, do you think they really happened?

"How much of this stuff is made up?

"I can't find out anything about these guys when I Google them.  That's pretty strange, I think.  You can almost always find something about someone these days with a simple Internet search.  Not these two, though.  Except that blog—there are lots of links to that . . . but not to them.

Well, Dear Reader, it has come time for me to answer some of these questions.  For, you see, Reggie has been revealed.  There is a certain design magazine on the newsstands now that spills the beans.  Reggie has been outed.

And that's just fine with him.  Because, Reggie actually outed himself.  He agreed to use his "real" name in the story in the magazine because a lot of people already knew that Reggie wasn't the name he was born with, but rather a nom de plume.


Besides, he was quite pleased to have Darlington House featured in the magazine, and he thought it would be silly not to have his "real" name associated with it.  He's very proud of Boy Fenwick for appearing in Architectural Digest's pages, a coup for any decorator.  It doesn't get any better than that, Dear Reader.


"So," you may ask, "If you use made up names in your blog, Reggie, is everything else made up, too?"


No.  Well, not really.  Other than coming up with playfully Wodehouse-ian names, most everything Reggie writes about is true, and actually happened.  From time to time, though, he does admit to playing around with some of the minor details (such as writing that MD drank scotch when in reality she drank Canadian Club).  But he does so mostly to perfect the voice in his stories.

Because, Dear Reader, I prefer to keep this blog—a lifestyle one—separate from my very busy and demanding professional life in the financial services industry.  I have a whole "other" life that I prefer not to co-mingle with what I do here in my off hours, for fun.


And I plan to keep it that way, too, Dear Reader, even though Reggie's secret it out.

Won't you please play along with me?

Photographs: Unless noted otherwise, all images courtesy of Architectural Digest magazine
Posted by Reggie Darling at 11:15 AM 105 comments:

This past weekend was the annual Trade Secrets Garden Show in Sharon, Connecticut.  I wrote about attending it last year (it is a "must do" in our calendar), so I'm not going to go into too much detail here about the show except to say that this year's well-attended event was a glorious one, and held on a blissfully lovely day.  It was heaven!


Litchfield County, Connecticut, where Trade Secrets is held on a gentlewoman's handsome working farm, is known for its rolling hills, quaint villages, open farmland, and estates hidden down long gravel driveways.  The area is a magnet for rich New Yorkers who prefer its low key charms to the frenzied mayhem of what has become of the Hamptons.  Nothing showy about this part of Connecticut, Dear Reader—it's all very discreet and tasteful.  Which is just how Reggie likes it, by the way.

We were joined at the show and over the weekend by the charming and amusing Meg Fairfax Fielding, of Pigtown Design fame.  The weekend was a non-stop gabfest of stories, laughter, and socializing.  I encourage you to check out Meg's blog, Dear Reader, as she is a kindred spirit, indeed.

So what did Reggie succumb to at the Trade Secrets show this year?

Topiaries.  Again!  And not just a few, mind you, but rather nine of them (an instant collection!), purchased at the booths of Atlock Farm and Snug Harbor Farm.  While Reggie has vowed time and time again not to buy any more myrtle topiaries (given his unfortunate history of murdering them), he is not a very disciplined fellow and he rationalized while considering his topiary options at the show that adding only one myrtle to the mix was permissible.  That's because if when he murders it at least he'll (hopefully) be able to console himself with the several remaining (non myrtle) topiaries that (he prays) will have avoided such a dismal fate awaiting the (currently healthy) myrtle one he bought at the show.  In the meantime, the topiaries he brought home with him are giving him lots of pleasure, which is what it is all about, isn't it?

Last weekend, as I was loading up the car to drive back to the city from Darlington House, I found a basket of spring flowers waiting for me on the brick terrace in front of our kitchen door. 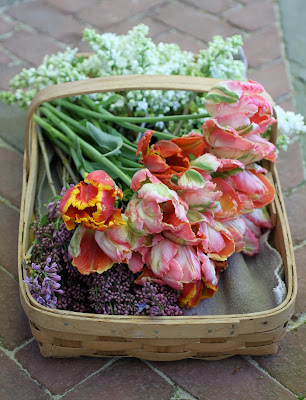 Boy had filled the basket, a trug really, with purple and white lilacs cut from our property and a dozen parrot tulips bought the day before at the farmers market in the nearby town. 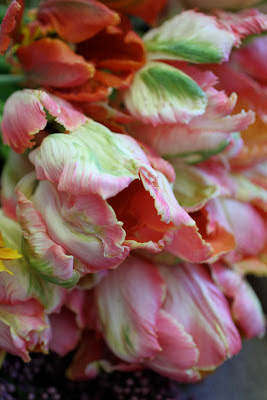 I was so taken by the flowers' simple beauty that I asked Boy to photograph them, so I could remember them. 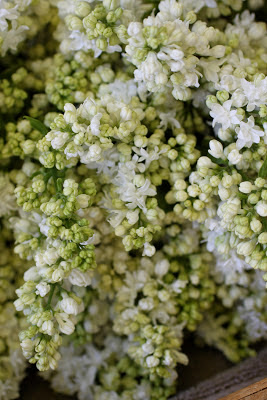 Lilacs are probably my favorite flower—well, at least they are among my top three favorites, which would also include peonies and garden roses.  I admit I am also rather partial to parrot tulips—so lush and elemental, verging upon the bizarre. 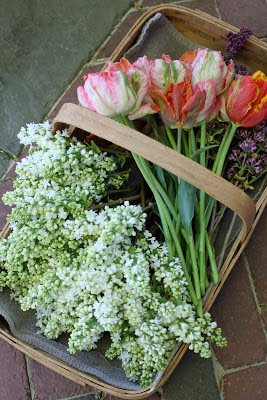 But how could one choose favorites among these lovely flowers?  They are so beautiful and plump, and heady with perfumed fragrance.  One is grateful for them, and for one's life when one is so fortunate to have their company, however fleeting it may be.

photographs by Boy Fenwick
Posted by Reggie Darling at 12:38 AM 21 comments: 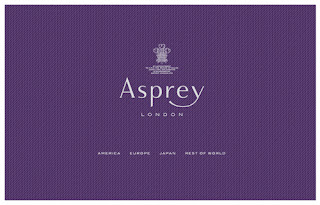