Last evening Boy and I decided to watch this year's Super Bowl.

Although neither of us is what I would call a football fan, we are both appreciators of popular culture, and since one in three Americans watches the Super Bowl, we decided to get off our high horses this year and join the fray (for the first time in many years) and see what it was all about.

Here are my observations:

(1) Not one of the professional ball players or coaches appeared to actually know the words to the National Anthem, and at best mumbled along to it, slack-jawed, if they even bothered to make any pretense of singing it at all.


This is an outrage!  If I were the coach of a football team (the very concept of which is so alien to me that I can't believe I'm even writing a sentence that begins with such words), I would order my players to learn the words to the anthem by heart (as every American should), and I would demand that they sing it loudly and with fervor at the opening of every game.  No exceptions!  Are you too cool to sing the National Anthem with feeling and reverence?  Then get off my team, Buster!

(2) The coaches were shockingly under-dressed.

If I were a coach I wouldn't even consider not dressing appropriately and respectfully for the Super Bowl, the pinnacle of the football season, and for me that means—at minimum—wearing a jacket and a tie, if not a suit and a tie.  And if I were one of the owners of a team playing in the Super Bowl, then you can believe me that I would require my coaching staff—from the head coach on down to the water boy—to, at the very least, wear jackets and ties.


The hoodies and nylon parkas I saw worn by the 50+ and 60+ year old head coaches during yesterday's Super Bowl, not to mention their constant spitting of phlegm during the game, was appalling.  You have an image to keep up, Gentlemen, and you have an example to set.  Show some respect!

(3) The game itself was dull and over-televised with too many cuts between camera takes, making the action (what little there was of it) difficult to follow.  As far as I could tell, it was little more than too many multiple instant replays of boring, incomplete maneuvers.  The game appeared to be mostly spent devoted to time-outs focused on fellows bumbling and milling about separated by further time-outs, at a rate of one every six to twelve seconds.  Yes, there were some interesting moments in the game, but they were few and far between.


(4) I have to hand it to Madonna. She really rocked the stadium at half time and was a lot better than I expected.  She put on a fantastic show.  Thank god it wasn't something awful, like Mötley Crüe. 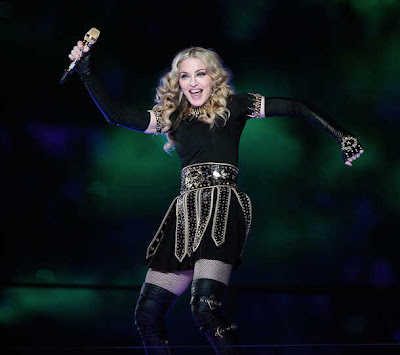 What a spectacle!  Miss Ciccone may not be quite as young or limber as she once was (and who is?), but she's a real hoofer and did some remarkable moves that people half her age would find daunting.  My hat goes off to her. 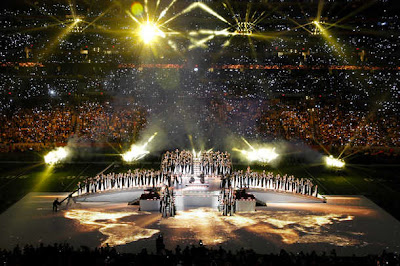 (5) The ads, which are often the highlight of the Super Bowl for many, were mostly clever-ish, but nothing to write home about as these things go.  I did like the Budweiser ad that showed the time warp of celebrations from the end of Prohibition to Brooklyn raves, which was fun and rather sexy.  Otherwise, would the Agencies responsible for coming up with Super Bowl ads please lose the focus groups, who are sucking most of the originally out of them?


(6) Thank Goodness we taped Downton Abbey to watch afterwards.  So delicious and gorgeous to look at—even though it is devolving into soap-opera territory.  What a civilized alternative it was to the rather dull four hours we spent trapped in the relative purgatory of Super Bowl Sunday beforehand. 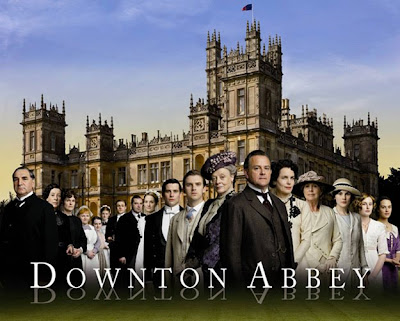 Tell me, Dear Reader, did you watch the Super Bowl, and if so what did you make of it?

All images taken from Google Images
Posted by Reggie Darling at 10:55 AM