The Lilacs of Darlington

One of the great joys of the month of May in the Hudson River Valley is that it heralds the blooming of lilacs.  Like many people, Reggie considers lilacs among his favorite flowers, and he adores gathering them by the armload during their all-too-brief blooming season and filling the rooms at Darlington House with their gorgeous, headily fragrant blossoms.


When we bought Darlington in the late 1990s the property had a four or five groups of lilacs that had been planted many years beforehand, some possibly dating to the nineteenth century.  They had not been tended in a long time and were, in most cases, rangy, malnourished, and in need of attention.  We pruned back, fed, and reconditioned those that we could. Over time, we replaced those that were beyond redemption with new (albeit old-fashioned), vigorous specimens, which are now—after more than five or so years in some cases—just coming into maturity.  They are covered this year with an abundance of plump, highly perfumed and exquisitely beautiful blossoms.  It is heavenly. 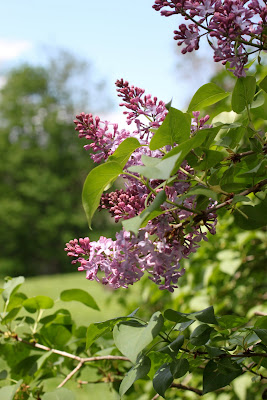 We bought all of the lilacs that we've added to our property (along with the trees and shrubs we've planted over the years, too) from Windy Hill Farm in Great Barrington, Massachusetts.  Windy Hill is a highly respected purveyor of unusual and rare plants, trees, and shrubs. It is owned and run by Dennis and Judy Mareb.  We are fortunate to work closely with Windy Hill, where we are regular customers, and have come to know, trust, and like Dennis, who we consider to be a friend. 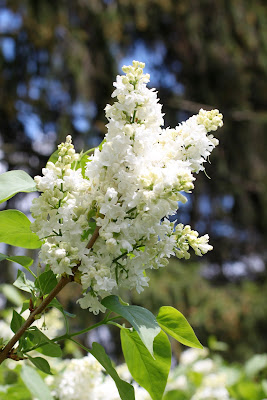 Several weekends ago Boy and I visited our friends Francesca Montmore and Jasper Lambert in Swarthmore, Pennsylvania, where Francesca lives in a rambling house on a leafy lane. The lilacs there were in full bloom.  It was lovely.

The weekend was full of amusing conversation and included much laughter (at least once to the point of tears) and an abundance of clever banter and babbling.  The four of us particularly enjoy wordplay, language, and the pronunciation of words, including what is considered to be correct and incorrect usage and pronunciation, and how those might vary regionally. 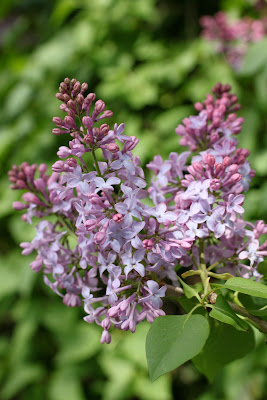 Francesca is a Charlestonian aristocrat of ancient and distinguished lineage.  She enjoys telling stories about her colorful family and ancestors, some of which are extremely funny.  She is smart as a whip, has a devilish sense of humor, and is jolly good company.  She is also given to making pronouncements (not unlike Reggie, I might add).

"My grandmother always said that people who pronounce 'lilac' any other way than with the primary emphasis on the first syllable are common," she said with a wicked, self-satisfied smile.  "I was taught to pronounce it 'LIE-leck' as the only correct way to say it, as opposed to 'lie-LACK', which is how these awful people here in Pennsylvania say it in their vile mid-Atlantic accents—one of the ugliest in America, I might add.  Tell me, how do you pronounce 'lilac'?" she asked, turning to the three of us. 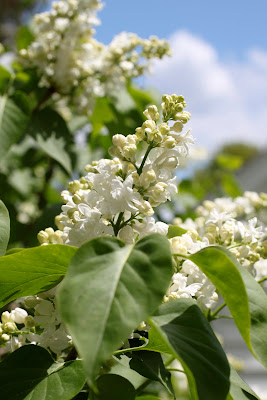 Needless to say we all blanched, because—Heavens!—we were afraid of betraying our more common origins than Francesca's if we pronounced it any differently than she did.  There was also a certain amount of confusion, since none of us had actually stopped to consider how we pronounced "lilac" until Francesca had asked us.  I, for one, couldn't recall which syllable I emphasized, or whether I pronounced the second syllable to rhyme with "leck," "lick," or "lack."  Neither could Boy or Jasper.

So the three of us stood around stupidly saying and repeating variations on "LIE-leck," "LIE-LECK," "LIE-LICK," "LIE-LACK," "lie-LACK," "LIE-LOCK," and "lie-LOCK," like so many jibbering fools in an effort to determine how it was we each pronounced Francesca's verbal landmine.  I was helpless to determine how it was I pronounced it when I was doing so naturally, without the pressure of determining whether I was doing so in a manner that betrayed—and unmasked me for—my commonness.  By that point I hadn't a clue how I pronounced "lilac"! 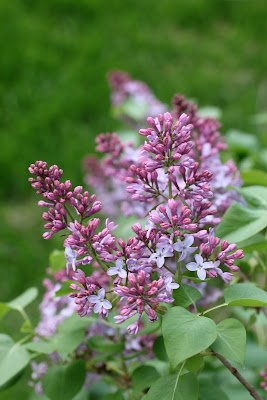 It was only later, when lying in bed revisiting this vexatious subject, that I determined that I naturally pronounced "lilac" similarly to the way Francesca's grandmother instructed her granddaughter to, except with a less languorous and lengthy emphasis on "LIE" as she did.

"Thank Heavens," I sighed to myself in relief, and—with this once and for all determined—I promptly rolled over and went to sleep.

Tell me, Dear Reader, how do you pronounce "lilac"?

All photographs by Boy Fenwick
Posted by Reggie Darling at 10:49 AM