This week I am featuring three handsome saucers from a set of six that we own, decorated with black transfer scenes of various romantic subjects and surrounded by painted gilt decoration in the classical taste.  Two of the saucers feature a large Gothick castle in a parkland setting, two feature a rugged lakeland view with a fisherman, and two depict a picturesque ruin in a hilly landscape with a passing figure.  I am not exactly sure where we bought the saucers, but I believe it was from a dealer in Hudson, New York, who has since gone out of business.  I think we got them thirteen or so years ago. 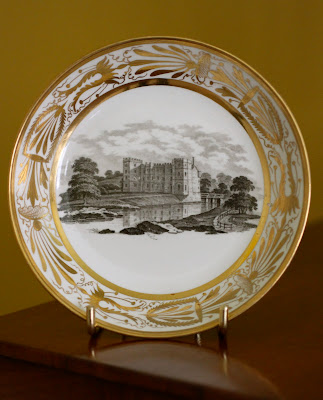 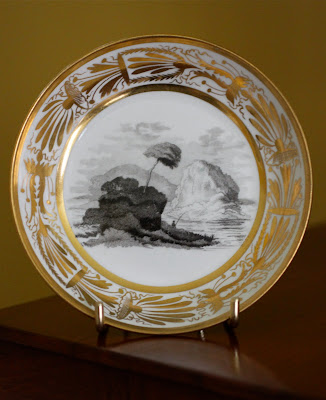 The saucers, which measure 5 3/8 inches across, look exceedingly well when displayed on either side of one of our French gilt-bronze clocks on one of the mantels at Darlington House.  I am rather partial to their gold, white, and black decoration, and they are a great favorite of mine. 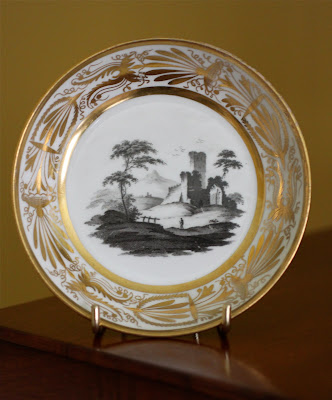 While I believe the saucers may well be a product of the Flight & Barr partnerships in Worcester, I am not able to confirm that definitively, as they are unmarked.  If any of my readers have more information as to their origin, I would most gratefully appreciate it.

Photographs by Boy Fenwick
Posted by Reggie Darling at 9:28 AM