Last Chance: The Colonial Revival Show at the Museum of the City of New York

Dear Readers, if you haven't had the chance to make it to the Museum of the City of New York to see its landmark exhibition "The American Style: Colonial Revival and the Modern Metropolis," then you have just a few short days—until Sunday, October 30th—to do so.


Reggie urges you to throw off any and all excuses and get yourself up to the Museum and take in the show, and he urges you to also buy the exhibit's accompanying beautifully written and profusely illustrated catalogue.  This is an important exhibition, and one that people will be talking about, and writing about, for years to come.  Don't miss it!


Thoughtfully and creatively curated by Donald Albrecht and Thomas Mellins, and beautifully designed by Peter Pennoyer Architects, the exhibit is an absolute gem, and one of the first to explore in depth the quintessentially American style of architecture and decorative arts popular in the first half of the twentieth century that was inspired by the Colonial and Federal eras.


The Colonial Revival movement first gained popularity during the Centennial celebration of our nation's independence, and remained extremely (and deservedly) popular on these shores through well after WWII.  It is still admired, practiced and appreciated in certain traditional, classically-inspired circles here in America, notably by the members of the most worthy Institute of Classical Architecture & Art, which co-sponsored the show.


The American Colonial Revival is one of Reggie's favorite periods and styles, and was, in fact, the subject of one of his very first forays into the blogosphere, when he was graciously asked by the inestimable Emily Evans Eerdmans to do a guest post on her eponymously-named blog about rooms that have most inspired his own, personal decorating.  I selected as my subject two Colonial Revival rooms in houses owned by Historic New England (formerly—and more elegantly—known as The Society for the Preservation of New England Antiquities).  You can read that post on EEE's blog here.


The show at the Museum of the City of New York is jam-packed with photographs, objects, and examples of the decorative arts from the Colonial Revival's heyday, and is an absolute treat for those of us who appreciate such things.  The exhibit features numerous reproductions made during the period, some completely accurate and others, well, "inspired" by the originals.  There were several reproductions of Duncan Phyfe seating furniture in the show that were so perfectly done (and so perfectly patinated) that Boy and I initially assumed they were original, made in the first quarter of the nineteenth century, and not made one hundred years later, as they were, by W. & J. Sloane.  Examining them gave us pause to wonder whether some of the furniture in our own collection at Darlington House attributed to Duncan Phyfe (or one of his competitors) could quite possibly actually be later, very good reproductions.


Despite the admittedly uneasy feeling such considerations gave us, we still loved the show and I urge you to go see it for yourself, Dear Reader, before it closes this Sunday. 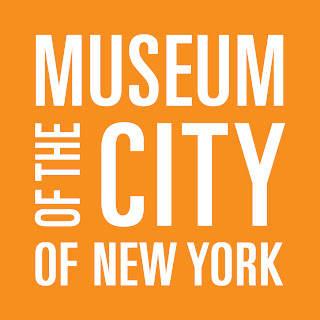