Pompey, like many (if not most) dogs (and humans, too), enjoys gamboling about outdoors when the weather is pleasant.  This past weekend at Darlington House, one of the loveliest weekends of this summer so far, Pompey was determined to slip out the door and into the sunshine at every opportunity. 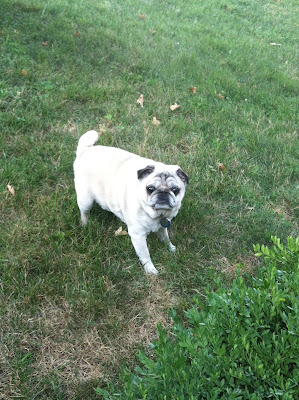 As I've written before, we've had a dry summer in the Hudson River Valley.  So we've needed to do a lot of watering of our lawns and potted plants. 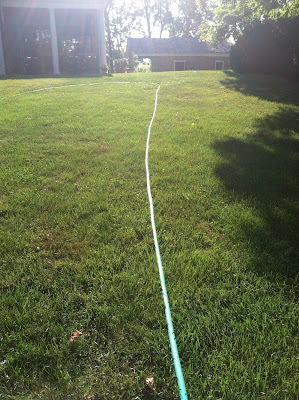 I spend much of each weekend pulling around a hose, delivering water from our well to thirsty plants and grass. 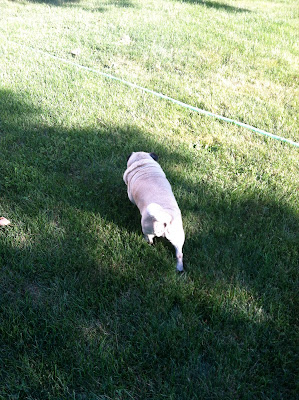 Pompey is a curious little fellow, and he likes to be in the thick of things.  He was determined to be helpful in my watering efforts. 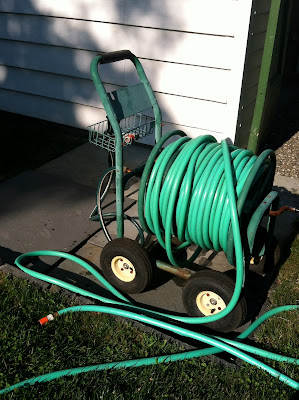 What he really did was mostly get in the way.  But in a very cute way. 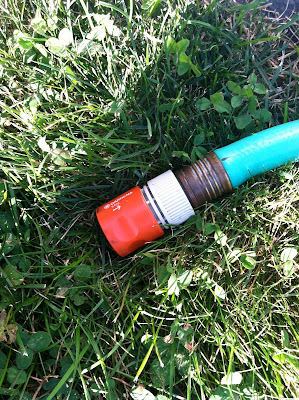 After a while Pompey lost interest in my watering activities, as pugs do in these sort of things.  They really don't have very long attention spans. 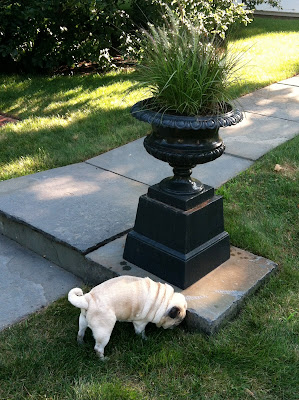 It is much more interesting to sniff around the base of one of the urns. 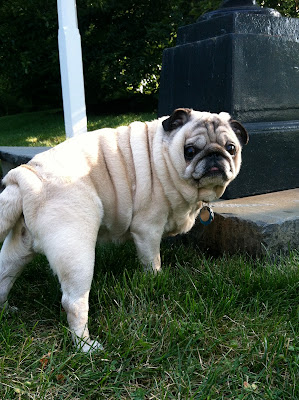 "Pompey, what are you doing?" 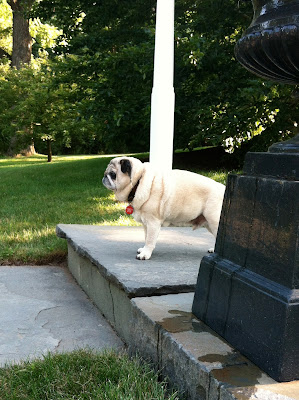 As can be seen by the pools of liquid on the bluestone at the base of the urn, Pompey did exactly what most dogs do after sniffing around.  Oh, that's not right!  That's the overflow from when I just watered the urn! 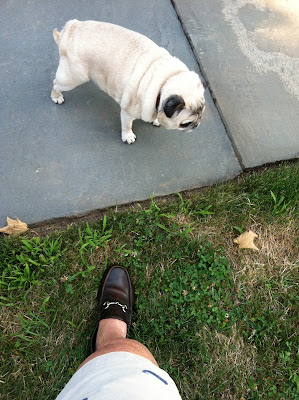 Afterwards, Boy asked, "Now, what do you plan to do, Pompey?" 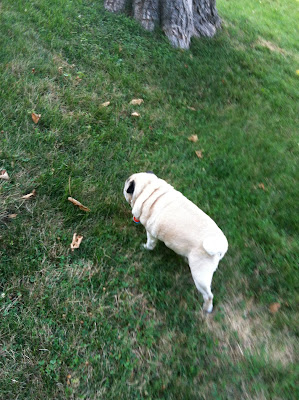 Our little darling turned, then headed back up towards the house. 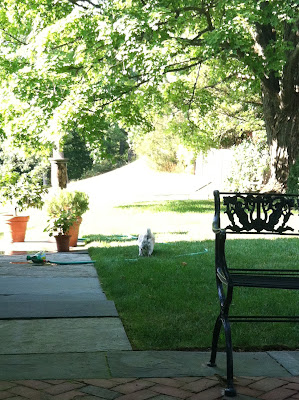 But first a stop was in order, on the way to the door, to examine the hose again. 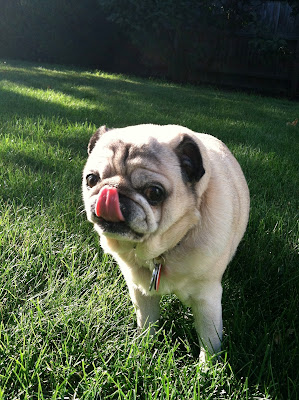 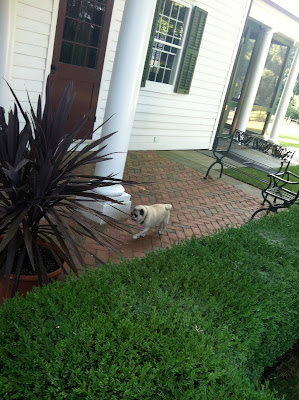 With that, he promptly turned and trotted toward the door. 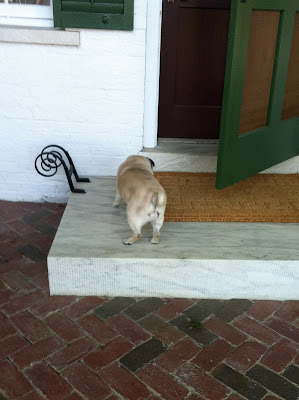 Do you see that marble step Pompey is standing on?  We had it made for the house.  It weighs over three thousand pounds, and extends well below the bricks. 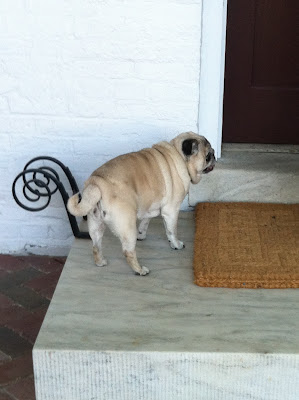 Eagerly anticipating his dinner, Pompey waits by the door, with visions of kibble dancing in his little head. 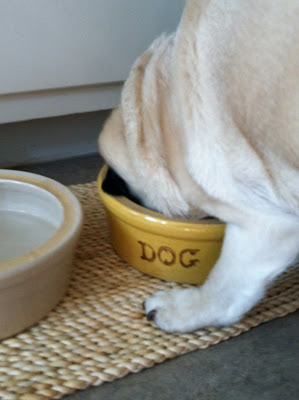 Photographs by Boy Fenwick
Posted by Reggie Darling at 10:10 PM