The Plums of New York

Early August is one of my favorite times of year in the Hudson River Valley.  It is when the farmers' markets and roadside stands are full-to-bursting with the summer's bounty of locally grown vegetables and fruit.  It is glorious! 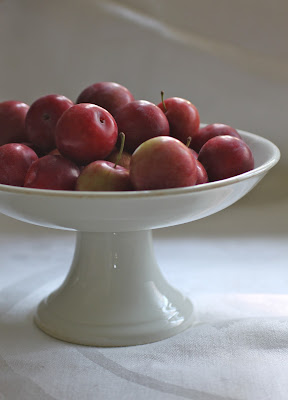 I always look forward to this part of summer because it is when plums—one of my favorite fruits—arrive.  I'm in Heaven.


Did you know that plums are native to America?  Unlike apples, which were brought to these shores by early European settlers, plums have always grown here.  Most northern geographies throughout the world have some form of native plums.  They are in the same genus, Prunus, with more than one hundred other stone fruits and nuts, including apricots, peaches, cherries, and almonds.


Two years ago I wrote about one of the treasures in our library at Darlington House, the two-volume Apples of New York.  We are also the proud owners of The Plums of New York, The Cherries of New York, and The Wild Flowers of New York.  These books, along with others in the series focusing on the fruit and flora grown in New York, were published by the state in the first decades of the twentieth century.  The books are highly prized by collectors for their beautiful color plates and for the wealth of information they contain about what was once grown in the Empire State.  They were published before our mass-market agribusiness almost succeeded in destroying the domestic food source with easy-to-ship, long-lasting, chemical-soaked, gassed, uniform, and largely tasteless product.  Thank goodness that bait-and-switch connivance has since been rejected . . .


Just as the soulless international style of "modern" architecture and the brutalist city planning of the urban "renewal" eras of the 1960s and 1970s prompted the explosion of architectural preservation and restoration movements in this country, so did the near-ruination of our food by corporations in the mid-twentieth century lead to the spectacular growth and popularity of the locavore, small-farmer, organic, heritage-breed food movement that has returned the concept of flavor to our tables.


Our copy of The Plums of New York was published in 1911 and weighs a prodigious nine pounds.  It is a lengthy tome of 615 pages and contains over one hundred color illustrations of different plums that were once grown in New York, many of which have since been lost to time. 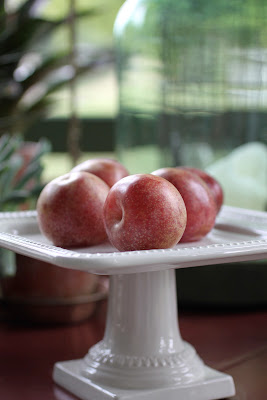 How marvelous it must have been to have the selection of plums that was commonly available here in New York one hundred years ago.  And how fortunate we are to have so many more choices available to us today than was the case but a mere twenty years ago.


Photographs by Boy Fenwick
Posted by Reggie Darling at 4:09 PM