One of the lessons that Reggie has learned while bumbling about on this planet is that it is useful to pause every once in a while and take stock of one's life.  He believes spending a portion of such time doing so focusing on the positive aspects of one's existence is time well spent.

It certainly helps him put it all in perspective when he does so . . . 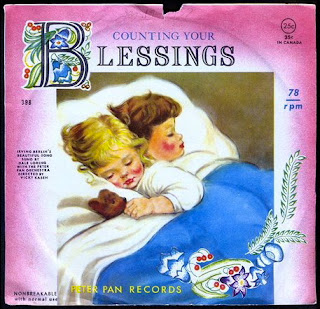 Too often Reggie comes across people, some of whom he knows and some of whom he overhears in public, who spend an inordinate amount of their time complaining.  And these are people who appear to be financially stable, in reasonable health, and speaking with what appear to be friends or loved ones.  It's all too much for them, or its just not good enough for them—it's such a trial, or such a disappointment.

Reggie believes they'd be much happier and more content if they stopped moaning and think for a moment about what the alternatives might be.  The less-appealing ones, that is . . .

Reggie understands that there are circumstances when it is appropriate to be disappointed in something or by someone—life doesn't always work out the way one hopes or expects it to.  And yes, he appreciates that there are many people who truly struggle to make it through the day in one piece, keeping it all together.  He isn't writing about such situations or such people, Dear Reader.  No, he is writing this post about those of us (and note he say "us" and not "you") who sometimes find ourselves complaining or being frustrated by something or someone when it isn't really merited, and where it doesn't reflect all that well on those of us who are doing the complaining.

I acknowledge there are times when rendering a complaint is justified, and I've certainly relished the pleasure of joining in a good "bitch-fest" like the best of them.  However, I make a concerted effort not to be a gratuitous complainer, which—I admit—sometimes takes more willpower than I wish were the case.  That doesn't mean Reggie is a saccharine Pollyanna who has nothing but nice things to say (for those of you who know me, you'll agree that I'm not afraid to state my contrarian views on controversial subjects).  I do strive, however, to choose what I complain about carefully, and to do so sparingly.


Now, some of you may be wondering, "Reggie, are you saying that because there are people in the world who are worse off than I am that my disappointments aren't legitimate?" No, Dear Reader, Reggie is not saying that at all.  He believes that no one's feelings are either more or less legitimate than anothers' of differing circumstances.  Reggie is saying, though, that one should stop and think before opening one's mouth to complain and ponder whether such a complaint is either merited or whether the manner in which it is delivered reflects well upon one's self.  He believes that most often it isn't, and most often it doesn't.

On the other hand, Dear Reader, all of us respond well to appreciation and gratitude.  I know I do.  I think we'd all be better off—and a lot happier—if we made a concerted effort to spend less time complaining and more time being grateful, and counting our blessings instead of our disappointments.

And that, Dear Reader, is a Reggie Rule.

Image courtesy of eBay
Posted by Reggie Darling at 10:08 PM