Christmas came somewhat late to Darlington this year.  Not after the fact, mind you, as we observed the appropriate dates as they occurred on the calendar.  No, I'm talking about when the psychology of Christmas finally wrapped its arms around me and said "Now!" 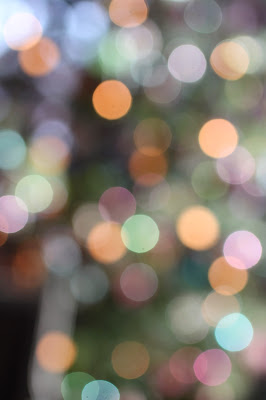 I was very rushed approaching the Christmas holiday this year.  Work was all-consuming and unrelenting, as were the more pleasant demands of the New York social season, and I found myself galloping head forward during the weeks leading up to Christmas with a list of "to-dos" a mile long and the proverbial light at the end of the tunnel a long, long, way away.  Somehow I got through what I needed to by the time I had to do it, and I bolted from my office on the Friday before Christmas shouting with glee that I was finally done with working for the year and that was that!

A full two weeks at Darlington beckoned to me most pleasingly.

Stocked up with comestibles and presents, and fortified by a delicious holiday luncheon at Swifty's with Boy and his two charming assistants, we loaded the family jalopy and drove up to the house that very afternoon, not scheduled to return to the city until the first full week of January.


I can't remember the last time we had two entire weeks of uninterrupted residence at Darlington House.  It's been at least several years.  Although we usually spend Christmas and New Year's at Darlington, we often break up our stay with a trip to Boston for a night or two, for a change of pace.  This year we decided to spend the entire break at Darlington.


It's all been rather a blur, really.  A blur of afternoons spent cooking and fiddling about, playing backgammon, listening to music, and reading.  A blur of evenings largely devoted to the joys of the table and bottle, and catching up on movies we've wanted to see (or rewatching old favorites).  It has been a blur of parties, too.  A blur of trips to the grocer or wine merchant, or to Agway for bird seed and dog biscuits.  A blur of attending services at the Episcopal church I go to.  A blur of drinking egg nog and eating tasty treats, promising myself (and Boy) that it would all come to an end in the New Year (but hasn't quite, yet).  A blur of sleeping in as long as I like, wakened not by an alarm clock blaring at me but rather by my darling Basil licking my face, asking to be taken out and fed his breakfast.

It's been an absolutely lovely blur, Dear Reader.


I've purposely not overburdened myself this break with chores and projects.  I have a tendency to keep myself busy with such time consuming obligations, even while on vacation.  Not this Christmas.  While I did keep a "to do" list (it would be impossible for me not to), I kept it short and have not kicked myself because some of the chores listed upon it must wait to be completed another day.  Although I've had a number of calls with the office while away, they haven't been burdensome or overly time-consuming.


"So, where is this going?" you might ask, Dear Reader.  It is an explanation of why your Dear Old Reggie hasn't posted photographs of our Christmas tree this year, at least until today.  Boy put our tree up and decorated it ahead of Christmas day, but we didn't get around to photographing it until afterwards, completing doing so only yesterday.  The pictures shown in this post were taken over a one week span, seeking to capture the tree at its best advantage, and under the best light conditions. 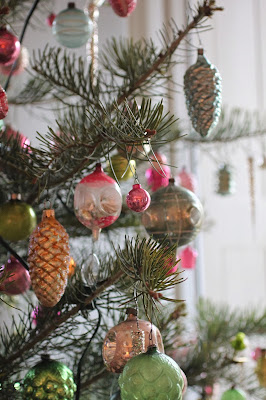 This Christmas we placed our tree in Darlington's drawing room, for the first time in many years.  Its theme was inspired by the color scheme of the room, and by the English and Chinese ceramics we have placed about it. 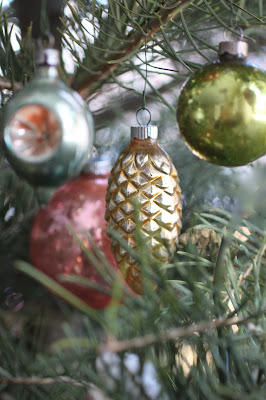 In particular, the color scheme was inspired by the painted decorations on our early nineteenth Staffordshire pearlware figures of classical deities and virtues.  We've collected them for years and I've written about them before, here and here. 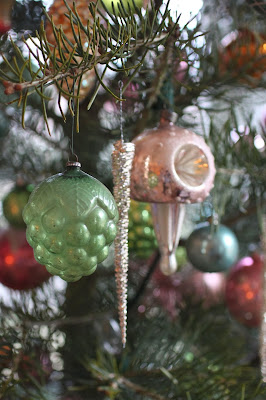 The pearlware figures are decorated with pretty painted pastel colors in pinks, blues, yellows, lavenders, and greens.  Boy drew from their palette when decorating the drawing room's tree. 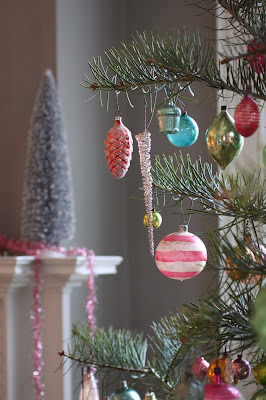 The result is very different from the woodsy Winter Wonderland themed trees that Boy has put up in previous years in our dining room.  Our drawing room Christmas tree is very, very pretty.  And very pink, too. 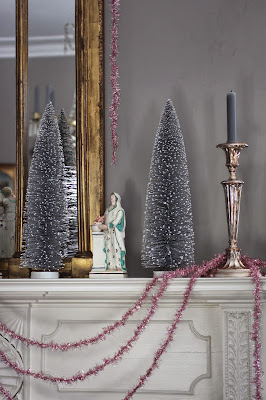 In addition to being inspired by the pastel colors of our Staffordshire figures, we wanted to give our drawing room an old-fashioned Christmasy look, from the 1940s.  I festooned the mantel and mirror with vintage pink lametta garlands that Boy gave to me many years ago.  He found them while on a photo shoot, back before he became a Fancy New York Decorator, and he haggled with the woman who owned them until she sold them to him.  I'm really rather fond of them. 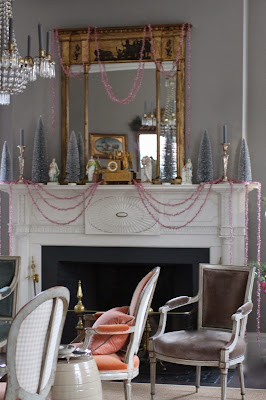 I particularly like this year's Christmas tree.  It is so pretty and sweet that it almost makes my teeth hurt, but in a good way.  It makes me think of the children's board game, Candy Land, which was a favorite of mine when I was very little.  Until, that is, I figured out that the game did not involve the receipt of actual candy, a distinct disappointment to me at the time. 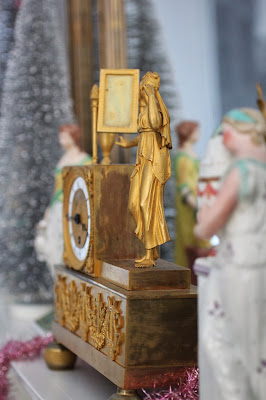 Now that I'm a grown man and have developed a taste for treats other than candy, I can admire the loveliness of our tree unfettered by anything but pure pleasure in its prettiness. 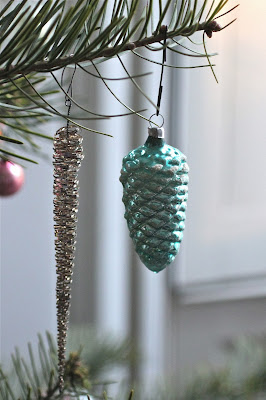 I am writing this post sitting at my dining room table at Darlington.  The table is covered with the white damask cloth we laid for a luncheon party several weeks ago, and it is a pleasant and snowy-white pedestal for tapping away on my laptop, writing this essay.  A footed dish of clementines is but a short reach away. 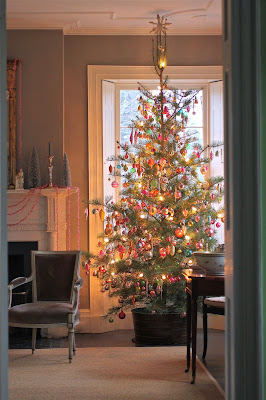 I will leave Darlington House fortified by a lazy, indulgent two weeks of leisure and relaxation.  I can confidently say, Dear Reader, that this is the first time in years that I have ended a vacation truly rested and ready for what waits for me upon my return.

All photographs by Boy Fenwick