Reggie Darling: A First-Anniversary Thank You

Today marks the first anniversary of this blog.  And so I use it as an opportunity to look back and thank those who have encouraged me along the way, many of whom have blogs that have become a daily "must read" for me, and whose comments on Reggie Darling are a meaningful contribution to the pleasure I derive from writing it.  I had no idea when starting out one year ago that I was launching myself into a medium that would provide me with access to such an interesting community of like-minded fellow travelers as I have found.  It is appropriate at this point for me to pause and give thanks where it is most deservedly due. 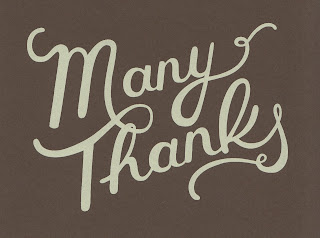 The following people were especially kind to me as I was first starting out in the blogosphere, and I will be forever grateful and thankful for their support:
Once Reggie Darling was up and running, and as I developed my blogging sea legs, I came across a handful of bloggers who I have enjoyed communicating with, and then meeting in person, often over a delightful and conversation-filled meal or two:
In addition to these bloggers there are a number of others I look forward to reading whenever they post, whose comments I am particularly pleased to see whenever they appear in my inbox, and whom I hope meet one day:

There are a number of regular commenters on Reggie Darling who do not have blogs (yet), but whose bylines alone are sufficient to excite Reggie's interest, for he knows that what they have to say is going to be worth noting.  He would like to thank each of the following:
And then, of course, I must thank my partner on Reggie Darling and in life, Boy Fenwick, who takes most of the photographs that appear on this blog, is the inspiration for many of the posts on it, edits my scribbles to make them grammatical, and who puts up with my spending most of my waking hours hunched over my laptop, blogging away, when I should be doing other, more productive things.
Reggie is, indeed, a fortunate fellow.

Graphic courtesy of Rifle Paper Co.
Posted by Reggie Darling at 8:58 AM