Like most people, Reggie enjoys listening to and playing Christmas music this time of year.  He is known to sing along to it—sometimes quite loudly and much to the annoyance of those around him—in the car, while out shopping, and around the house.  Even though he would like to, Reggie is not allowed to start playing Christmas music before the morning of the first Saturday after Thanksgiving, and he is required to stop playing it at midnight on Boxing Day.  He didn't make this rule, but he good naturedly agreed to it and follows along with it in the interest of maintaining matrimonial harmony. 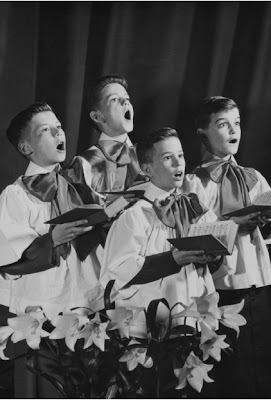 Reggie spent much of his boyhood and adolescence singing in church choirs and secular choruses, and he knows—or at least thinks he can recall—the bass/baritone part to many carols of the season.  He happily sings along at church, at least when he finds himself there, and he is overjoyed to attend parties where carols are sung, where he joins in enthusiastically.  Most of the time this is met with bemused tolerance by those around him, but sometimes not.  Only last week Reggie attended a party where a quartet of caroling singers dressed in period garb out of A Christmas Carol had been engaged to stroll throughout the rooms, entertaining the guests.  They were distinctly not pleased when Reggie tried to join in on their fun by adding his own harmonies at one point.  Ah well, he thought while reaching for another glass of egg nog, at least he wasn't the one walking around in pseudo-Victorian clothing that night.

In any event, today's post is not supposed to be about Reggie, but rather about the music that he plays (some claim endlessly) around the house during the Christmas season.  I've divided it into three categories: contemporary, popular classics, and traditional.  They are all favorites of mine, and are given a lot of airplay at Darlington House this time of year. 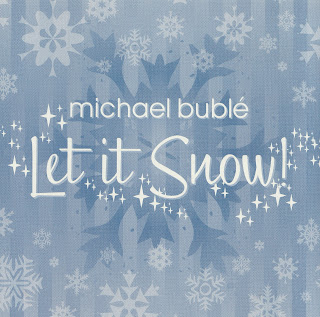 The first and newest recording on this list, Let it Snow!, is a short and swell offering from today's King of Swing, Michael Bublé, that is sure to please even the most jaded member of your household.  Man, this guy can sing! 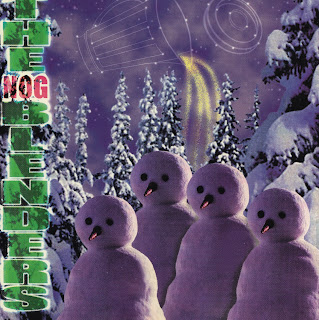 I first learned of the Blenders, an extremely talented a cappella quartet that has been singing together since their college days, from my dear brother Frecky, who sent me Nog, their first Christmas album CD, five or so years ago.  I cannot get enough of the Blenders' gorgeous close harmony singing of carols and standards on this and their other Christmas albums CDs. 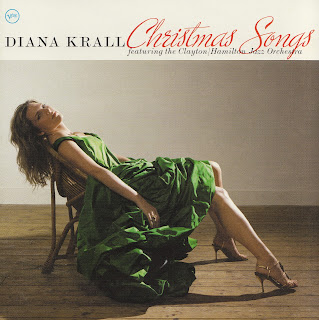 I reach for Diana Krall's Christmas Songs when I'm in the mood for something sultry, which she delivers in jazzy spades on this recording.  I usually play it after sundown, as it is best listened to accompanied by a scotch on the rocks.  I mean, look at her! 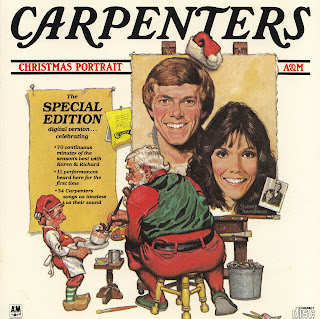 Moving on from contemporary and into the popular classics, the first on my list is the Carpenters' Christmas Portrait, featuring Karen Carpenter's mellifluous renditions of popular Christmas songs.  I can't help myself—I love this recording!  I play it so often this time of year that if it were an album I'd have worn out the grooves by now.  I'm not surprised the Carpenters were the only "rock band" invited to perform at the Nixon White House, given their wholesome appeal. 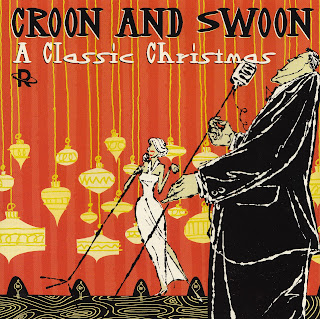 If I want to play classic Christmas standards during a party or while decorating the house for the holiday, I put on Croon and Swoon, a compilation of timeless classics by some of the most popular, pre-rock-'n'-roll vocalists of the mid-twentieth century.  You know the ones I mean.  There are two song-packed CDs in this series, and I have both of them.  There's just nothing quite like the velvety sound of Mel Torme singing "Chestnuts Roasting on an Open Fire" to get me into the Christmas spirit. 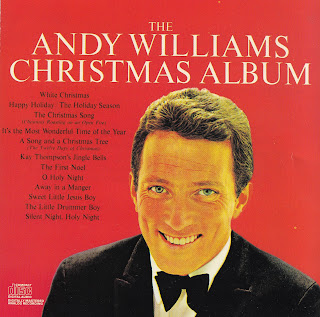 Go ahead and laugh at me, but I love this album.  Recorded before he became a parody of himself, Andy Williams is fabulous here.  Did you know that he got his start singing backup in a night club act for Kay Thompson of Eloise at the Plaza fame?  Yes, he did, which attests to his vocal creds, given that Miss Thompson coached some of the best singers of her day, including Judy Garland and Lena Horne.  His rendition of Miss T's "Jingle Bells" arrangement is a knockout. 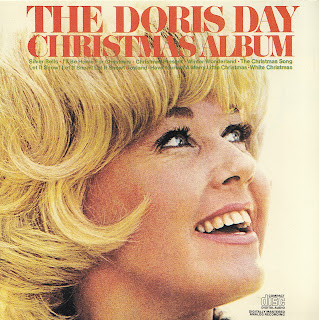 Now, I know I'm pushing it here with this one, but I play this recording at least a couple of times every Christmas season.  And that's because Miss Doris Day is at her absolute whipped-creamiest on this, her Christmas Album.  But be forewarned: in order to avoid an onset of hyperglycemia do not attempt to listen to this album CD while consuming anything sweet, such as cocoa or cookies. 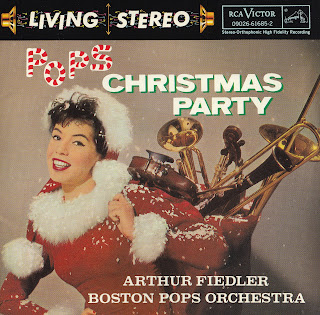 Moving on from the popular classics and into traditional Christmas music, the first on my list is Pops Christmas Party by the Boston Pops Orchestra, under the direction of Arthur Fiedler.  In addition to orchestrations of holiday standards, it includes beloved music from The Nutcracker and the Pops' iconic rendition of "Sleigh Ride."  What's not to love? 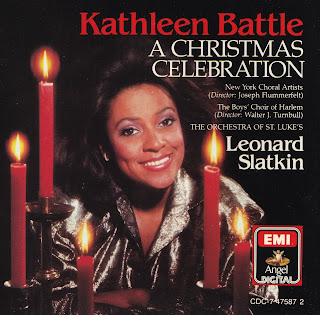 She may have multiple personality disorders, but Miss Kathleen Battle has the voice of an angel from Heaven, and on A Christmas Celebration she sings traditional carols with stunning lyric beauty.  The first time I heard her rendition of "I Wonder as I Wander" it stopped me in my tracks. 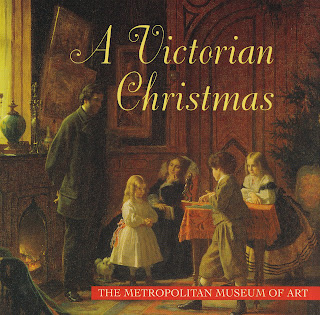 Moving on to England and back in time more than a century, A Victorian Christmas is a collection of traditional English carols and music from New York's Metropolitan Museum of Art.  Many of the works on this disc are from Sir John Stainer's Carols New and Old, first published in London in 1871.  This is the perfect album CD to play while opening presents on Christmas morning. 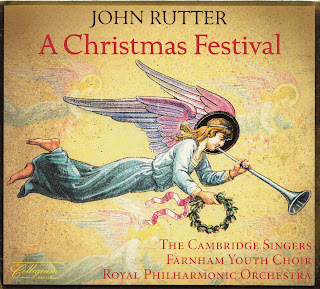 Closing out my Christmas-music favorites is a recent recording that I received for supporting the local public radio station I listen to in the country.  A Christmas Festival features the Cambridge Singers and the Royal Philharmonic Orchestra, accompanied by the organ of the Royal Albert Hall, under the direction of John Rutter.  It is full of traditional English carols, hymns, and music, and is perfect to play on a wintry December afternoon spent wrapping presents.  It's also a good warm-up for the annual Christmas Eve radio broadcast of "The Festival of Nine Lessons and Carols" service held at King's College, Cambridge, that Reggie makes sure he listens to every year.

So, here you have Reggie's favorite Christmas recordings, and the ones that you would be sure to hear should you find yourself at Darlington House between now and Boxing Day.  I encourage you to add any of these albums CDs recordings downloads to your own collection of Christmas music, as I think you, too, will enjoy listening to them.

Tell me, what are some of your Christmas music favorites?