Pick Up the Telephone!

I recently received a telephone call out of the blue from my friend Jock Pardoe.  After speaking with him for a minute or two, I still wasn't quite sure why he had called me, so I asked him.

"I'm calling just to say 'hello,'" he said, "It's been awhile since we spoke, and I was thinking about you.  So I thought I'd pick up the telephone and call you, and check in." 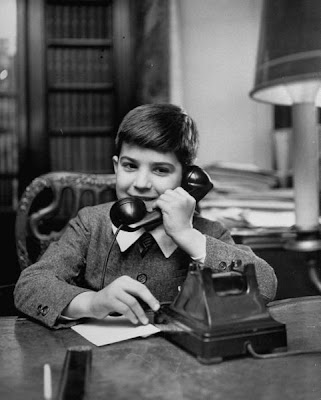 I was really quite flattered and pleased.  We had a lovely conversation, and I enjoyed catching up with Jock, hearing what he was up to and discussing what was going on in our respective lives and with our loved ones.  At the end we made plans to get together soon.  How nice, I thought, as I hung up the phone.  It had been a long time since someone called me up for no reason, except to say "hello." 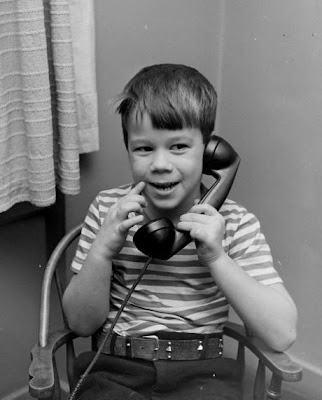 Over the last several years many people I know have pretty much dispensed with using the telephone to communicate, instead relying increasingly on email, texting (the youngs), and more recently Facebook.  It all started out in the workaday world, where email is far more efficient for taking care of routine business than endlessly leaving voicemail messages or speaking on the telephone.  With the advent of the BlackBerry and the iPhone, email very quickly took over in the personal world, too.  It's never been the same since for the poor old telephone. 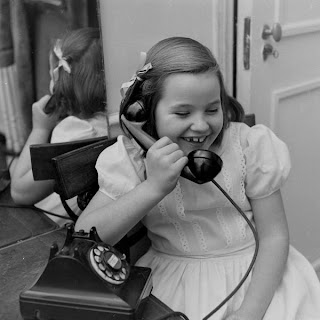 Now, before you roll your eyes and say, "Reggie, of course you think that way—you're a hopelessly old-fashioned fuddy-duddy!" I ask you to ponder the following:

How many times have you found that you have exchanged ten emails with someone to resolve something that could have been more efficiently taken care of in a single phone call? 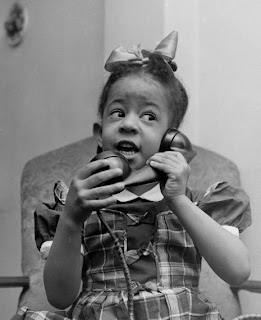 How many times have you received a message via email from someone that contained time-sensitive or important information and that you somehow missed in your inbox queue, only to discover it several days later, if at all?

How many times have you received an invitation to a private party that you thought was for some kind of mass-email "event" promotion, and you ignored it, only to learn after the fact that it wasn't? 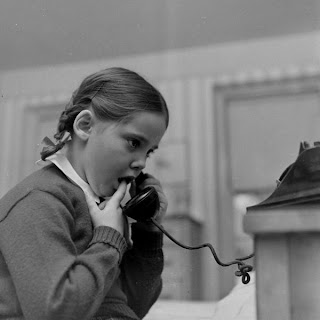 How many times have you sent (or received) an email where the content was—for whatever reason—misinterpreted by the recipient, where they took what you meant in the wrong way?

How many times have you hit the "send" button and then realized in re-reading what you wrote that it wasn't actually what you meant to say? 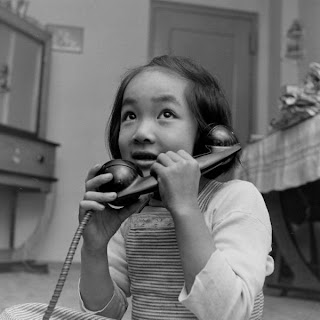 In each of these cases, it would have been far preferable to pick up the telephone and call the person you wished to communicate with rather than sending them an email. 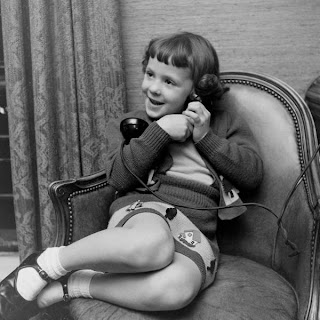 When writing and sending emails or texts, you can't always depend that your reader will truly understand what you are saying, or interpret it in the way you intended.  Email is not a nuanced communication tool.  Email is the absolute worst medium to use when communicating a criticism or a complaint, because it can set the recipient off.  Unlike when speaking with someone, in an email you can't determine how your audience has interpreted or reacted to what you have written, until you hear back from them.  That is, assuming they ever email you back.

Boy has a very sound rule that he follows, both in his personal life and in his professional one: never use email to discuss non-routine business, or where the recipient could potentially misconstrue what is being written about.  Only use email for routine communication of information.  If you've got to work something out with another person, then get on the telephone and speak with them. 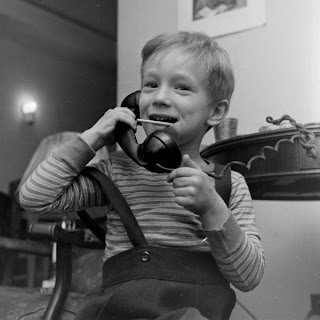 Another reason one should only use email for routine communication or business is that you can't control who your email will ultimately be forwarded to.  Once an email has been sent it is out there, in the public domain.  How many of us have been forwarded or seen emails (sometimes in the media) that someone else sent that contained embarrassing or less than flattering information about the sender?  I have, and so have you.

Dear Reader, I'm not suggesting that you shouldn't use email.  No, not at all.  What I am encouraging you to do is to use email only for what it is best suited: routine communication.  Do not rely on it as a substitute for picking up the telephone and actually speaking with someone, particularly in those situations I have outlined above.

When emailing your friends and loved ones, ask yourself whether email is the most appropriate, efficient, or politic means of communicating with your audience, or if what you have to say or communicate would be better done over the telephone.  An effective way of determining that is to ask yourself what you would prefer if you were the one being contacted.  Would you rather get a phone call or an email?  I think you will be surprised how many times you decide that speaking with someone on the telephone is preferable to email.

And what about my friend Jock's reason for using the telephone, to call up his friends simply to say "hello"?   I think it is the best reason of all.

And with that, Dear Reader, I rest my case.

Pick up the telephone!

All photographs courtesy of LIFE Images, Martha Holmes photographer
Posted by Reggie Darling at 10:00 AM