As a boy in the 1960s I saw my Darling grandparents only rarely, at most once a year.  They lived in Michigan and we lived in Washington, D.C., and my interaction with them was largely confined to when they would come to Washington for an annual State Visit (as MD humorously referred to it) to spend several days with my family.  During their visits my grandparents were generally occupied with grown-up activities, and I didn't see all that much of them, mostly at breakfast and occasionally at dinner.  Other than during State Visits, communication between my grandparents and my family was conducted via the U.S. Postal Service.  Long distance telephone calls (referred to as "toll calls") were considered extravagant in those days and believed to be a far less preferable form of regular communication than letters.  It was only during my grandparents' yearly visits that I was able to spend any time speaking with them. 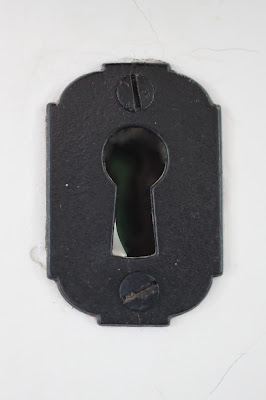 As the youngest of their seven grandchildren I never developed the personal relationships with my grandparents that my older siblings and cousins had.  By the time I came on the scene and was old enough to carry on a sentient conversation with my grandparents, my family had long since moved away from Michigan and my grandparents were becoming old.  They did not have the stamina or patience for investing much time in building more than a mildly engaged relationship with me, their youngest grandchild.

In other words, I didn't really know my grandparents all that well.  And I didn't know all that much about them, either, beyond basic resume material.  I knew that my grandmother came from a long line of distinguished, high-ranking career military men on her father's side of the family, and that her mother's family had owned newspapers in Upstate New York.  I also knew that my grandfather's father had been a successful solicitor, as lawyers are referred to in England, and had been a partner in a firm with offices in London and Ireland.  That is, until his untimely death in the freak accident in London when his head was knocked off, after which my grandfather was sent to live with relatives in America.  My grandparents met when they were both in graduate school in New York City, where my grandmother was getting her Ph.D. in Economics from Columbia and my grandfather was attending the Union Theological Seminary, preparing for a career in the ministry.  My grandparents lived much of their adult lives in Grosse Pointe, Michigan, where they raised my father and his sister and where my grandfather led a large and robust Protestant congregation of parishioners that included many of the families of the founders of the U.S. automotive industry.

My grandparents were formal, reserved people by nature and were of a generation and class that truly believed young children, such as Reggie, should be seen and not heard.  It's not that they didn't care for me and my siblings when we were little, it's that the WASP customs of the times did not promote (or even consider it as an option) the closeness and intimacy encouraged between generations today.  I and my siblings referred to our more approachable grandmother Darling as "Granny," but we never referred to or addressed our grandfather Darling as anything other than "Grandfather."  He certainly wasn't someone I would ever have considered (or been encouraged to) address by a less formal name, such as "Grampy" or —God forbid—"GranPa."  There was nothing folksy about him.  I don't recall ever seeing him dressed in anything other than a jacket and a tie during his visits, and he often wore a suit.  But that wasn't all that unusual, since I am writing about a time forty to fifty years ago, when grownups still dressed like adults. 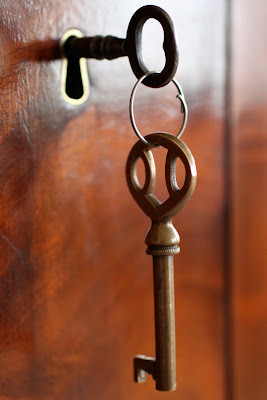 I looked forward to and enjoyed my grandparents' annual State Visits, which created quite a hubbub in our house, and I found their company stimulating.  I admit I preferred my grandmother's company to that of my grandfather, who intimidated me with his formidable intellect, generally stern demeanour, and a tendency to imperiousness.  He was not, as they say, a person who suffered fools gladly.

I also found my grandfather to be enigmatic and mysterious.  That's because his early life and background were a puzzle to me.  Whenever I asked him questions about his childhood in England and about his parents, both of which I was curious to learn more about, he would always change the subject.  He would never explain to me why it was that he left England and moved to America at the age of fourteen, never to return to his homeland, nor why he left his mother behind him.  It seemed unfathomable to me, and sad, that he had been separated from his mother after his father's tragic death and sent to live with relatives in a strange land, never to return.

What happened? I wondered.

During one of my grandparents' visits, when I was around nine or ten years old, I asked my mother, MD, if she knew why Grandfather Darling left England as a boy and why he wouldn't answer any of my questions about it.  She closed the door of the room we were in, sat me down next to her, and quietly explained to me that my grandfather's childhood had been an unhappy and emotionally turbulent one because his father had been a severe and reprobate alcoholic, and that my great-grandfather's decapitation, while horrific, was ultimately a blessing, as it rid his family of his damaging presence.  She then said that I should never ask my grandfather about his childhood again, as the subject was painful for him and my questioning him about it brought back too many unhappy memories. 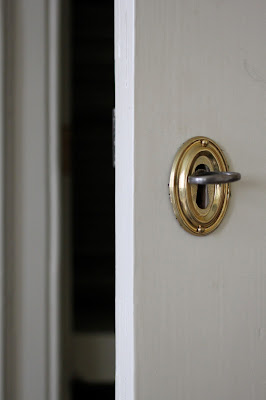 "But why didn't he live with his mother, like I do, Mummy?  Why did he move to America when he was a boy and his mother was still alive?" I asked.

It wasn't until fifteen years later, Dear Reader, shortly after my grandfather died, that I finally learned the answers to my questions . . .

Next: The Secret Revealed

photographs by Boy Fenwick
Posted by Reggie Darling at 8:43 AM