When Reggie was a little boy, he didn't care for Brussels sprouts or lima beans all that much. 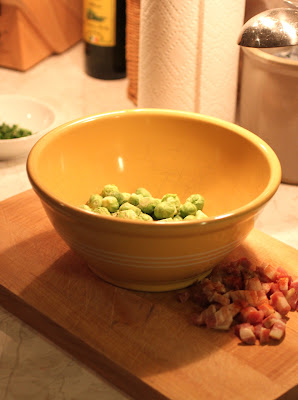 At least he didn't think he ought to, since the ones he was familiar with as a lad came in frozen packages from the supermarket. 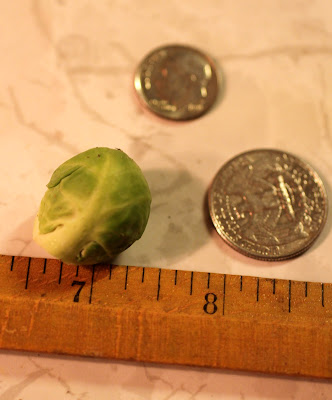 But Reggie has since learned that Brussels sprouts and lima beans are rather marvelous vegetables, now that he has become accustomed to eating them fresh from the earth. 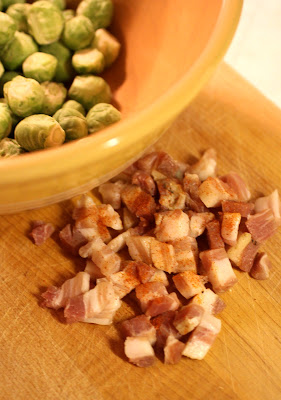 This weekend saw the reappearance of Brussels sprouts at the farmers market in the nearby town to Darlington House.  We bought a stalk of them, where each sprout was no larger than the size of a quarter, if that. 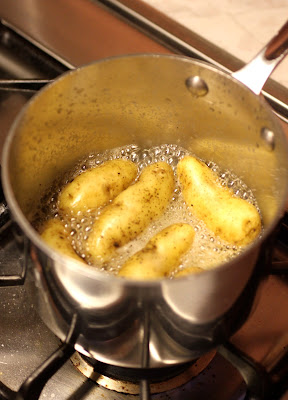 Cooked in a searing hot wok with pancetta, the sprouts made a most marvelous accompaniment to leftover roast chicken and buttery browned fingerling potatoes. 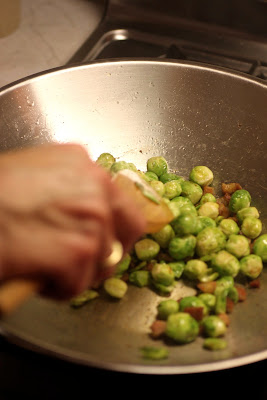 I do so adore the bounty of the seasons, don't you, Dear Reader?