Fortunately we had a lot of warning at Darlington about Hurricane Sandy, so we were able to prepare the house and grounds and button everything up ahead of the onslaught.  But for a few lamp flickers during the worst of it we emerged blessedly unscathed with power intact, no trees down, and a dry basement.  Others were not so lucky, I am afraid. 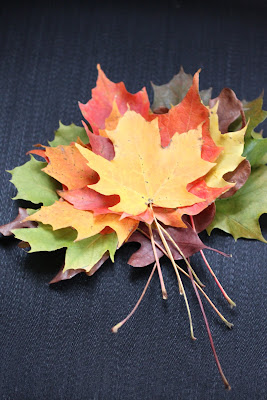 As any dog owner knows, one's furry, four-legged friends can find the approach of a heavy storm to be physically and emotionally taxing, what with all the electrostatic changes in the air that those more sensitive than we humans can feel. 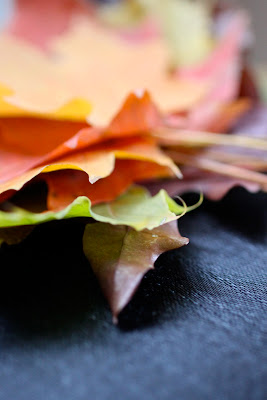 Our darling Pompey is not immune to such effects.  As I've written before, he doesn't care for rain, water, or snow one bit.  In fact, he hates it all.  One must drag him out of doors, negotiating with his locked paws, in order for him to do his "business" when heavy rain is pounding and gale force winds are blowing.  I don't blame him, though—I suspect you'd have to drag me outdoors, too, if that's where I had to do my business under such circumstances! 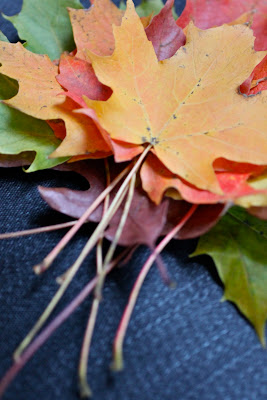 In any event, in order to preemptively address such matters, dear Boy decided to take Pompey out for a constitutional just as the storm was beginning to kick its mischief up here in the Hudson River Valley.  Hoping against hope that the desired results would be made manifest. 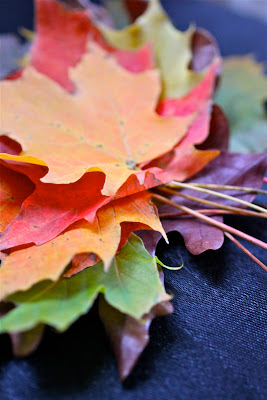 While Pompey was endlessly sniffing (and alternately cowering when a particularly heavy gust blew through), Boy patiently waited for the desired results. 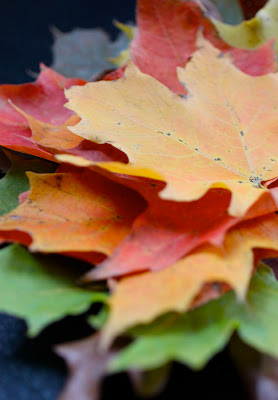 As Boy waited and waited, while uttering words of encouragement and admonishment to our little pug, Boy cast his eyes about the grounds at Darlington.  He was struck by the beauty of the colors of the fallen sugar maple leaves that covered the lawn. 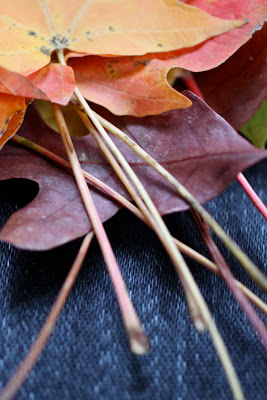 Boy used his time to pick up a bouquet of the lovely leaves and presented it to me when he returned to the house, once his mission with our sweet Pompey had blessedly, and much to our collective relief, been accomplished.

I hope you enjoy the photo montage of these leaves, Dear Reader.

photographs by Boy Fenwick
Posted by Reggie Darling at 5:20 PM