There is rather a lot of Lilly Pulitzer to be seen on the island of Nantucket during the peak summer months.  It's everywhere.  When walking up the cobblestones of Main Street, in town, one sees armies of women, teenagers, children, and men, all sporting some Lilly.  There's a Lilly shop on the island that is a devotee's paradise, as it carries the complete line of Lilly for both women and men.  Everywhere I turn, I see someone dressed in Lilly.  And they come in all shapes and sizes, ranging from petite preteens to wide-bottomed gals in their sixties.  It's like a human parade of Easter baskets, all pink and green, and yellow and blue.  It is very summery, and mostly pretty.


And it would have driven Mummy Darling crazy.
MD was not a fan of Lilly.  In fact, she said she'd rather die than own any.  Couldn't stand it.  Hated it.  Always did and always would.  And that's because, in the 1960s, she was on the other, opposing team.  MD always considered herself to be something of a rebel.  She was much too cool to wear Lilly, which she dismissed as being the stuff of simpering blondes driving country-club station wagons.  Prissy.  Not her thing at all.  She considered herself to be a sophisticated, worldly brunette, and was proud of it.  And women like MD instead wore Marimekko, from the design house based in Finland, known for its boldly colored, highly graphic fabrics.


MD owned half a dozen Marimekko shifts in the late 1960s, that she treasured and wore in rotation during the summer, and she also had Marimekko scarves and tea towels, and even sheets.  She liked the bright colors and patterns of Marimekko, which she thought suited her to a tee.  Besides, there was something almost radical about wearing Marimekko at the time.  It was kicky and "now" and was from über-cool Scandinavia, like the furniture that was gradually replacing the antiques in our living room, that MD had inherited from her grandparents.

But when Reggie was a boy in the 1960s he wanted MD to be a Lilly-wearing mother, like his friends' mothers who had blonde bouffant Kennedy hair, wore Lilly shifts and golfing skirts, and carried Bermuda bags.  He wanted to have a girlier mother, who would say "gosh" instead of "goddamit" and who didn't snort in disgust at the very idea of needlepoint pillows or Pappagallo flats.  When Reggie would ask MD "Why can't you be like the other mothers and wear those pretty dresses?" she'd say "Over my dead body!  I can't stand that Lilly Putziger crap!" which is how she referred to the designer's clothes.

But only a year or two later, much to MD's indignation, she found that Lilly Pulitzer had been engaged to supply new school uniforms at the National Cathedral School for Girls, where my sister Hermione was a student.  And MD had to buy a set for her.  She didn't have a choice in the matter.  I still remember her fuming, "I can't believe it!  I said I'd never buy any of that Lilly Putziger crap, and now I have to!"

It was not until I went to Saint Grottlesex in the early 1970s that I thought about Lilly again.  Even though there weren't all that many girls at the school in those days (it had only just gone co-ed), a lot of them wore Lilly dresses and skirts, just like their mothers.  And they carried Lilly bags, too, and some of them even had Lilly patchwork quilts in their off-limits rooms.  It was actually kind of weird to see these teenage girls wearing what appeared to Reggie as rather matronly dresses in pretty pastels, when his own sisters were in the full throes of hippiedom.  But there was something quite attractive about it, too, and Reggie liked it.  And it wasn't just the girls at Saint Grottlesex who wore Lilly.  Quite a few of the boys did, too.  A number of Reggie's male friends at the school had shorts and long pants from Lilly, and swim trunks, as well.  And they looked really good in them.

One year I stayed at Saint Grottlesex a couple of days beyond the usual departure date for the summer break, and I had the dormitory where I lived to myself.  While there, I came across a pair of Lilly shorts that one of the boys had left behind.  They were orange, with lions printed on them, and I was delighted to find that they fit me perfectly.  But I also remember feeling somewhat strange when I put them on, as if I was slipping my feet into the forbidden.  I knew what MD thought about Lilly, yet I was attracted to it.  Not just for the way it looked, all summery and Palm Beachy, but also for the pretty and attractive people I knew who wore it.  MD be damned, I thought, as I looked at myself in the mirror.  I'm going to keep these shorts. 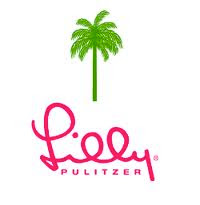 Needless to say, after returning home, I was met with a snort of derision when I came downstairs one morning wearing my Lilly shorts. "Where did you get those ridiculous shorts?" MD asked me.  I told her, and she rolled her eyes and said that it was a good thing I'd paid nothing for them, since that was all they were worth.  I defiantly wore them almost every day until I left shortly thereafter to attend Colorado Outward Bound.  But I was perplexed, when I returned home at the end of the month-long program, that I couldn't find the shorts in my room.  And then I was incensed, when I learned that MD had donated them, along with my beloved childhood Lego collection, to a summer jumble sale at our parish church.  "You're too old for that stuff!" was MD's justification when I confronted her with her misdeed.  Not only was she unrepentant, but she categorically refused to replace the shorts (or the Leggo).  "Forget it!" she said.

And I pretty much did, until the mid 1990s, when I saw a pair of Lilly swim trunks in the window of a store in Manhattan.  And I bought them, and wore them on Fire Island Pines, where the standard-issue bathing suit at the time was a far racier Speedo, or "banana hammock," as my preppy girlfriends called them, wrinkling their noses.  But I must admit, Reggie felt a bit of an imposter wearing his pink-and-green Lilly on the beach that summer, and the suit quickly found its way to the back of the drawer, never to be worn again.  I still have it, though.

Fast forward, to today on Nantucket.


Last weekend, when our friends George Pinckney and Ford Waring were visiting us, we went into the Lilly shop in town to look around.  Neither George nor Ford, both of whom are old-line WASP southerners, are strangers to Lilly.  In fact, George once had a pair of Lilly shorts that he wore in the mid-1980s that I coveted and that he no longer owns, much to his regret.  We learned in the store that Lilly has discontinued, or at least drastically reduced, its menswear offerings, and what little they had left was aggressively marked down for an end-of-summer sale.

George walked out of the store with a colorful pair of trousers (seen in the center photograph, below) that he happily bought at a fraction of their original marked price.  Even though there was clothing there that fit me, I can't bring myself to wear today's Lilly, even ironically.  I guess that MD's influence over me remains strong, even from beyond the crematorium.

But that doesn't apply to all Lilly.  I am okay with owning and wearing vintage Lilly, particularly if it's from the 1960s and 1970s, which is what I consider to be Lilly's heyday.  And, coincidentally, that's exactly what we found not more than a few minutes later while strolling through the streets of Nantucket.


Well, actually, it found us.  Here's how: As the four of us walked by a white clapboard building in town, a pretty young blonde standing by the doorway called out, "Hey, you guys!"  Once she got our attention she said, "We've got vintage Lilly inside, come check it out!"  I suppose the sight of us, all wearing some combination of Lacostes, khakis, madras, ribbon belts, white bucks, and Gucci loafers--plus George's shopping bag from the Lilly store, and Ford's and Boy's bags from other expected shops--just might have signaled to her that we were likely customers.  For it turned out she was a barker for a trunk show of vintage designer and couture clothing that Classic Collections, a Palm Beach dealer, had for sale inside.

Tucked away among the rooms of women's clothing and accessories was a yard-wide rack of men's Lilly sport jackets from the 1960s through 1980s for sale.  Both Ford and Boy tried them on, but only one of them fit Boy.  Like a glove.  Supposedly dating from the 1970s, the jacket is made out of a Lilly fabric of green, yellow, blue, and white in a fish-and-seashell design.  The buttons and label have Lilly's classic menswear lion-head logo from that era.

And I had to buy it for Boy as a very early birthday present.  You would have, too, if you had seen the look on his face when he tried it on and saw himself in the mirror . . .


* With apologies to John Singer Sargent

Posted by Reggie Darling at 2:31 PM