For those of you who have been following The Pompey Chronicles, you will probably be relieved to learn that this is the final installment of the series.  If it were to run on any longer I am afraid that I would need to change the name of my blog to "Reggie's Besotted Ruminations on the Subject of his Most-Beloved Pug."  But that is not necessary.  Even though I may mention Pompey in future posts, I believe that with this posting I will have substantially exhausted him as a subject . . . at least for now.

As I wrote in my last posting in this series, we are not alone here at Darlington House in finding our little four-legged friend adorable, or photogenic for that matter.  Over the years Pompey has appeared in a number of books and magazine stories, many of which have been shot at Darlington, which we occasionally rent out as a set for photo shoots when the gods smile upon us.  Not only do we enjoy it when shoots take place at our house (the hubub is quite interesting to this bystander), but we typically reap a handsome per diem for letting our house as a location.

When the photographers arrive at Darlington they usually do so without planning to include Pompey in any of their shots.  But since he is a cute and curious little fellow, he often worms his way into their hearts, and then their shots, as he makes an attractive prop to round out the pictures.  He also behaves quite well as a model on demand!

The first shoot at Darlington House that featured Pompey was done in 2001 for a Christmas book featuring photographs of festively decorated interiors.  Pompey was shot sitting in a Regency library chair that Boy and I had purchased several months previously, in the rather ugly upholstery that a former owner had chosen and that has long since been replaced.  However, it worked just fine for the book. 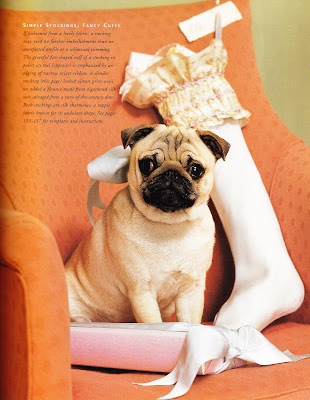 This next photo appeared in another Christmas book where the focus of the chapter was tartan gifts for one's faithful companions. 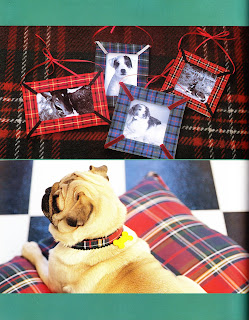 The following photo appeared in a cookbook where the subject was outdoor entertaining. 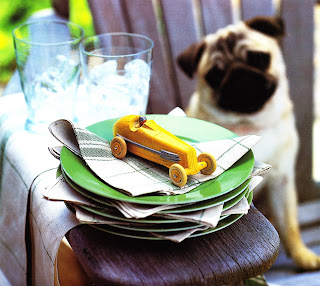 The next photo is the first picture of Pompey that appeared in Martha Stewart Living.  It was the December 2005 issue, and the subject of the story was decorating with vintage miniature houses and buildings, known as Christmas villages.  The entire story was shot at Darlington House, but this is the only picture in which he appeared. 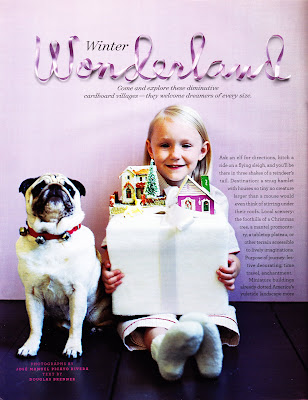 Pompey next appeared in MSL the following Christmas in the issue's lead piece, "Bedecked With Bows."  Again, the entire story was shot at Darlington House, but he only appeared in one photo.  The picture was shot in our dining room prior to its restoration--the crew put up their own wallpaper between the windows.  The Regency chairs are ours, but the chest and mirror are not. 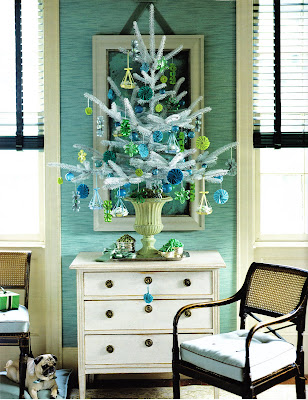 He next appeared in MSL in March 2006 in a story about using alternative vessels for plants in one's garden.  As readers of this blog will recognize, the chimney pots in the photo sit where we normally have metal urns.  Both photos shown were shot at Darlington. 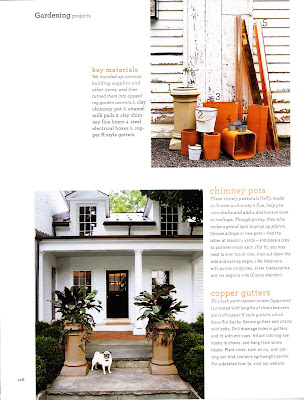 This next picture was shot in our drawing room for Weekend magazine, a now-defunct title once published by Hearst Magazines.  The focus of the story was mixing antiques and modern furniture, either in old or new settings.  A jumble.  No wonder it folded!  You will recognize the Regency chair from the story shot in our dining room. 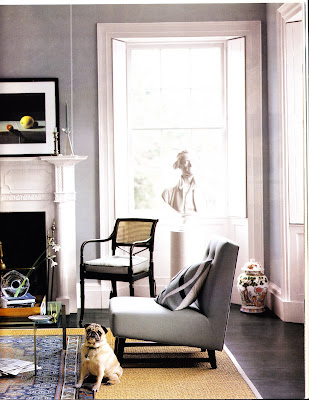 photo by Sang An

The last magazine that Pompey appeared in was the one where he finally made the cover, sitting in a hatbox in our drawing room no less.  Blueprint was a short-lived title produced by Martha Stewart Living Omnimedia aimed at the generation whose mothers read MSL.  They killed the magazine after only one more issue.  Too bad . . . 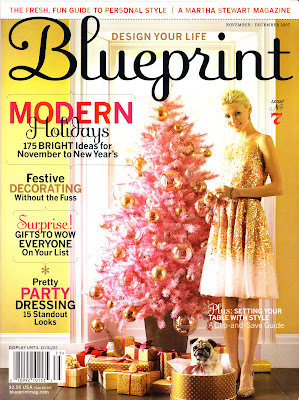 The story was a fashion roundup of pretty party frocks worn by a bevy of beautiful models, and it was shot in its entirety in our house.  I'm only featuring the pages where little Pompey appears.  The first page, introducing the story, is a clever riff on caligraphic art that was popular in the 18th and 19th centuries, featuring an adorable oval portrait of Pompey. 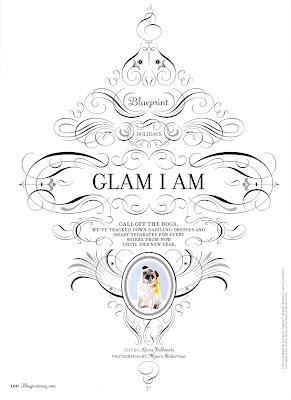 This following photo was shot in the doorway leading from our bedroom to the upstairs hall, prior to restoration. 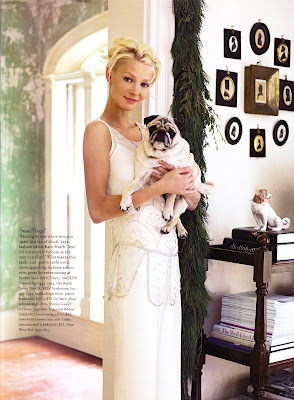 This next picture was taken in our drawing room, with the models under a plaster profile that we own of the Father of Our Country done after the bust by Houdon (stay tuned for more on that...)  Needless to say, the little vinyl-covered settee is not ours. 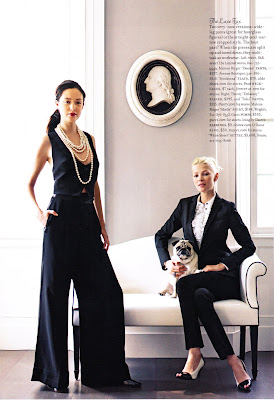 So this wraps up my tour of Pompey's photo shoot portfolio.  Not only is he our most-beloved pug, but he's also a well-published one, too.

Writing "The Pompey Chronicles" has been a most pleasant journey down memory lane for me.  I hope that you have enjoyed the trip.
Posted by Reggie Darling at 1:29 PM