This story was told by Ann Walker, the mother of a dear friend of ours named Alyson Daniels, whom we are fortunate to live near to in the country.  This retelling is a tribute to Ann, a wonderful and dear lady, and a person I became fond of in the too-short time that I was privileged to know her before she died, almost a decade ago.

Ann Walker was one of the most attractive women I have known.  Although in her early seventies when I met her, she still had a marvelous, gamine figure, with legs for days, and an innate sense of classic American style, updated for contemporary life.  She had a terrific sense of humor and was quite amusing, and her throaty laugh--which she did frequently--was infectious.  And she was a bit kooky, which only added to her charm.  Ann's combination of looks, style, and humor meant that she had no shortage of admirers, myself among them.  She was, in short, a true American babe. 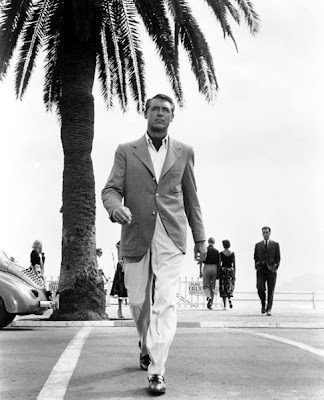 Cary Grant photographed in Monte Carlo during the filming of
To Catch A Thief, photographer unknown
Ann grew up under rather swell circumstances in Chicago in a socially active family.  In the late 1940s, when she was eighteen years old, she and her parents and older sister took a trip to New York, where her parents threw a party at the Plaza Hotel to celebrate Ann's sister's recent engagement to a young man from that city.  One of the pleasures of the trip was that the family stayed at the Plaza, one of the country's most elegant hotels. 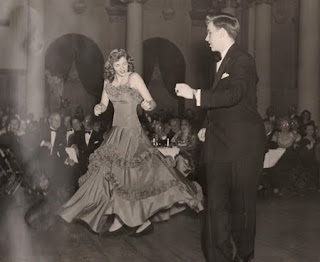 Teenage Ann Walker dancing the Rhumba with Clifford Kirk, competing in
the South Shore Country Club Follies of 1946
At one point during the trip Ann was riding in the hotel's elevator, alone, to the lobby.  The doors of the elevator opened on one of the lower guest-room floors, and who should step in but Cary Grant.  At the time he was in his mid-forties and the most popular male movie star in the world.  He nodded to her and said, "Hello."  Ann was, to say the least, surprised to find herself in such close proximity to the actor, an idol of hers.  All she could think to say to him was to blurt out, "Oh, Mr. Grant, I love you."  To which he responded, with a smile and in his most marvelous Cary Grant accent, "Why, thank you darling, you're not so bad yourself."  At that point the doors opened to the lobby, and he walked out, leaving the young Ann Walker breathless with excitement over what had just happened. 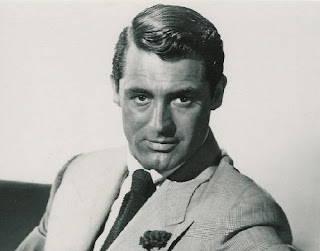 Cary Grant, around the time that Ann Walker first met him
photographer unknown
Fifteen years later, as a young married woman in her early thirties, Ann was again staying at the Plaza.  She had stayed at the hotel many times in the intervening years and every time she did so, or even thought of it for that matter, she recalled her first trip to New York when she rode in the hotel's elevator with Cary Grant.   On this particular visit, as she was riding alone in the elevator to the lobby, imagine her astonishment to have the doors open on a lower guest floor, and who should step in, again, but none other than Cary Grant! 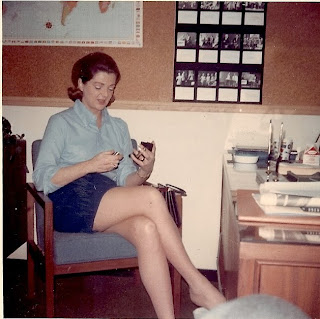 Ann Walker in her mid-thirties, applying lipstick at her desk at
Dreher Advertising, One Rockefeller Plaza, around 1965
He looked at Ann, clearly recognized her, and gave her a smile and said, "Why, hello again."  She responded with a giggle and said, "Oh, Mr. Grant, I still love you!"  They both laughed, the doors opened, and off they went on their separate ways. 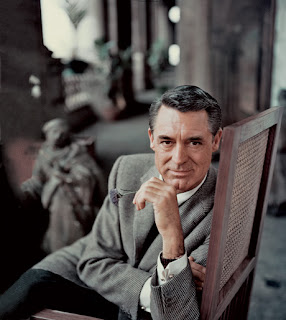 Cary Grant, around the second time Ann met him
photographer unknown
Ten or so years later, Ann was working as a copywriter at an advertising agency with offices in Rockefeller Center.  One day, while riding the elevator alone up to her office the doors opened and who should walk in but Cary Grant.  He nodded at her, but didn't say anything.  Ann could not believe that she was, yet again, riding in an elevator with Cary Grant.  She didn't say anything to him, however, because by this time she was a confirmed New Yorker, and New Yorkers--at least sophisticated ones--as a rule do not intrude on the privacy of celebrities if they chance to come across them in public.  As they rode in silence, he turned to her and said, "What's the matter, darling, don't you love me anymore?" 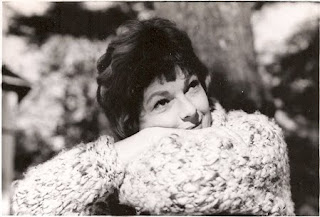 Ann Walker around the time of her last meeting with Cary Grant
photo taken in the early 1970s
To which Ann responded, "Oh yes Mr. Grant, I do!"  He smiled and said, "I'm glad to hear it. You had me worried there for a bit," and laughed.   She then said to him, "Mr. Grant, I will always love you."   As the doors opened and he prepared to exit the elevator, he said to her, "And I will always love you, too, darling," and leaned over and gave her a kiss on the cheek.

He then turned, walked out of the elevator, the doors closed, and she never saw him again. 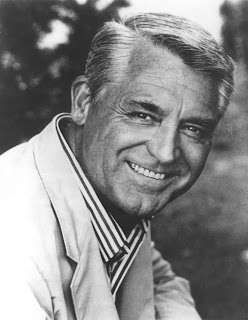 Cary Grant, around the last time Ann Walker saw him
photographer unknown
Ann told this charming story with humor and grace, to the delight of her listeners.  In relating it, her delivery and timing were impeccable, and part of what made it special.  Numerous people, myself included, would beg her to tell it, often when sitting around the table at the end of a dinner party, and we would listen when she did so with pleasure and amusement.

Here's to you, dear Ann.


All photographs of Ann Walker were graciously supplied by her daughter, Alyson Daniels
Posted by Reggie Darling at 9:10 AM