It's been almost five months since I last posted on what I'm reading.  In the meantime I've finished (most) of the books I showed in my last "Bedside Reading" essay, plus any number of others, and have also come up with a new crop that I plan on delving into over the coming weeks and months.  These are my "city" books--ones that I will read mostly on weeknights in our apartment, an image of which is shown in the photograph below. 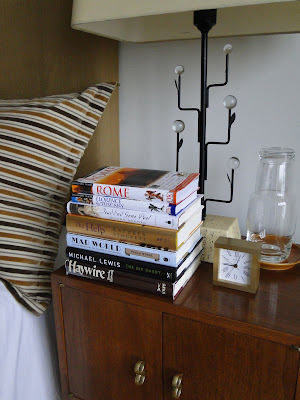 Photo by Boy Fenwick
For, you see, Reggie doesn't only live in old-house splendor (or purgatory, as I sometimes think), sitting amongst antiques and reading history books, architectural monographs, and collections of essays on the material culture of times gone by.  During the week we live in a modern, black-glass-sheathed high-rise on the Upper East Side of Manhattan. We've furnished and decorated the apartment with furniture, objects, and art dating mostly from the 1940s through 1960s.  I can't bring myself to call it "mid-century," a much over-used term today, but I suppose that is, in fact, what it is.  But that's a subject for a future posting, I believe.

In any event, and getting back to the subject at hand, here are the books sitting on my bedside table:

Boy and I are spending ten days in Italy next month, where we will be bookending (pun intended) a weeklong houseparty in a villa in Tuscany with several days in Rome.  I have had great luck with the Eyewitness Travel series when visiting Europe in the past and look forward to studying these before and during our trip. 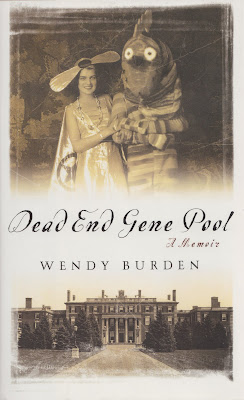 I first learned of Wendy Burden's Dead End Gene Pool on David Patrick Columbia's New York Social Diary blog, a site that I visit regularly.  I ordered a copy of the book when it also came highly recommended to me by Magnus, a sometime commenter on this and other blogs, and whom I recently met for the first time over a very pleasant lunch.  Not only does the book provide a window into the world of great inherited wealth and storied privilege, but it is apparently a rollicking good read and at times darkly amusing in describing a world that by the time the author arrived on the scene had gone seriously awry. 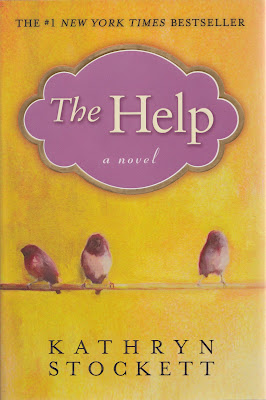 Several of my readers recommended that I read The Help by Katherine Stockett after I posted "How Reggie Got His Name" in January, in which I revealed that I was named after an African-American woman who worked for my family for many years and helped raise me and my siblings.  The Help tells the story of three such women employed as domestics in the south in the early 1960s, and it is considered a remarkable debut novel for its author.  I have been told that--once begun--it is very difficult to put it down (a dear friend told me only the other morning that she stayed up until two a.m. the previous night reading it). 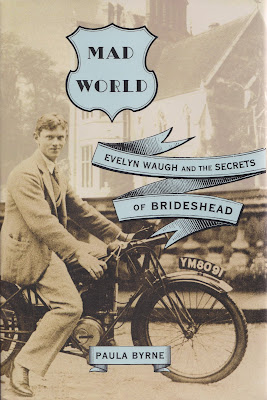 I recently was given a copy of Paula Byrne's Mad World: Evelyn Waugh and the Secrets of Brideshead by my friend Barbara, an author in her own right.  Barbara gave me the book when she learned that we both share a love for Waugh's Brideshead Revisited.  The biography explores the period in Waugh's life when he knew, and then immortalized, members of the Lygon family, which he used as the basis for the Flytes in his opus novel of remembrance. 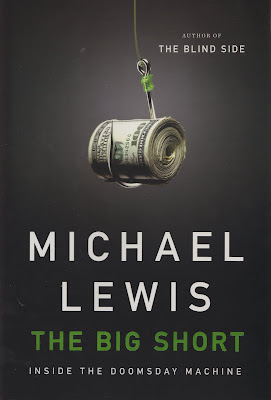 Coincidentally, Barbara's husband, Edward, had given me this copy of The Big Short, by Michael Lewis, only a week or two beforehand when we had them to Darlington House for supper.  In this book, the author of Liar's Poker profiles the ones who "got it right" and profited during the market meltdown of 2008, when trillions of dollars of market value vanished into thin air. 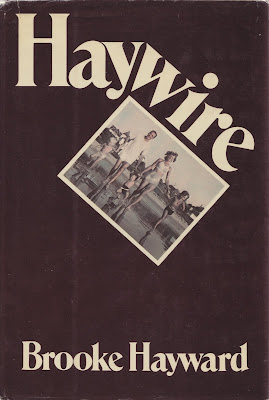 The final book on my bedside table is the only one that wasn't recently published.  Haywire created a sensation when it appeared in 1977, more than thirty years ago.  In it Brooke Hayward tells the tale of growing up as the daughter of producer Leland Hayward and his movie star wife, Margaret Sullavan, how it went wrong, and her search to understand it.  It's a book that I've been meaning to read for years.

Tell me, what's on your bedside reading table?
Posted by Reggie Darling at 8:20 PM