Outside and Inside: Spring at Darlington II

It was another lovely weekend at Darlington, with sunny, balmy weather and temperatures reaching into the mid-70's during the day.  Not surprisingly, our flowering plants, trees, and shrubs are coming to life, and putting on a delicious show.  Come and see it! 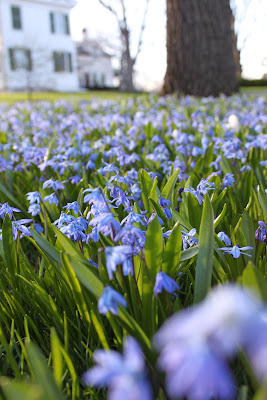 The snowdrops and winter aconite that I showed in Part I of this series have since lost their blossoms, and have been supplanted by drifts of squill (Scilla sibirica) that gorgeously cover whole sections of our lawns. 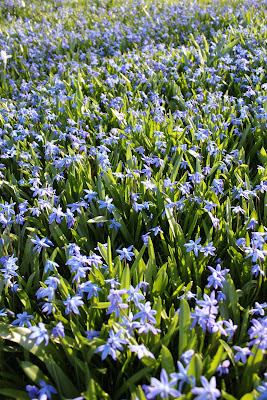 I first became aware of what a beautiful addition to a landscape Scilla can be when I visited Winterthur with my cousin Joanna McQuail Reed more than a decade ago, where it blanketed a woodland landscape with its intense, azure blue blossoms. 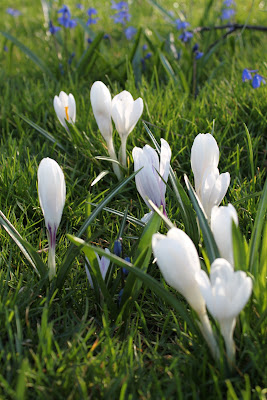 At the edge of one of the drifts of Scilla is this small group of common white Crocuses that are hardy survivors from when Mrs. Proctor owned Darlington. 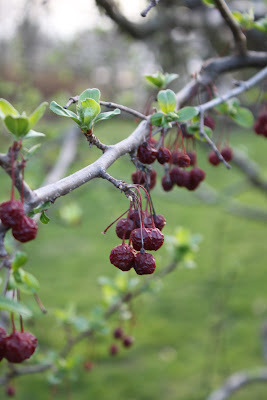 We planted this crab apple (Malus sieboldii zumi 'Calocarpa') on the advice of Joanna.  She had a mature one in her garden at Longview Farm, where it erupted into a frothy display of white flowers in the spring.  Ours has just begun to leaf and bud out (flowers come later), and still holds on to clusters of the fruit that somehow escaped the birds that usually eat it during the winter. 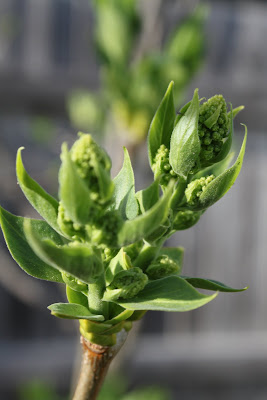 Here is a close up shot of one of the white lilacs (Syringa vulgaris 'Edith Cavell') that we planted a year or two ago.  I think the complexity of the buds is amazing. 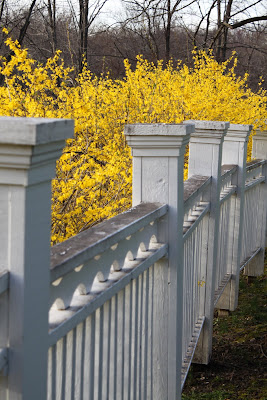 Looking along the fence that separates our property from our neighbor, you can see that we are the lucky beneficiaries of a view of their mature hedge of common Forsythia.  The fence, which is scheduled to be painted later this spring, is a rather amateurish copy made in the 1980s of the original Greek Revival fence that once was on our property.  I am working on an interesting story about this fence, and will be posting it in the coming months. 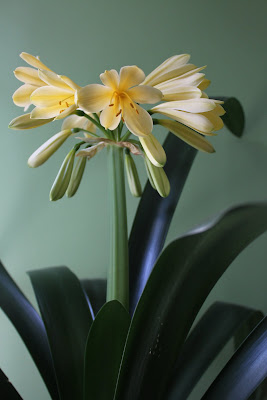 Moving inside the house, our pale, buttery-yellow Clivia is close to peak bloom.  It is one of the pleasures of the season at Darlington. 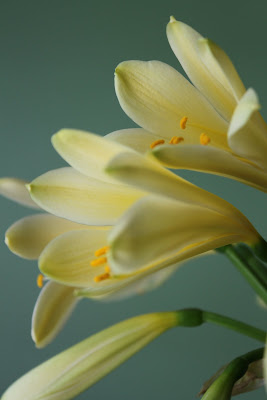 Aren't these photographs wonderful?  Boy took all of them, and I think he did a marvelous job.
All photos by Boy Fenwick
Posted by Reggie Darling at 8:19 AM