This past Friday Boy and I left the City in time to drive up to Darlington so we could attend an evening auction in a nearby town.  We came to bid on a pair of Charles X-style gilt bronze candelabra, of monumental scale, and we succeeded in winning them.  Even though we wound up paying more than the high end of the estimate, we still acquired them at far less than what we would have had to pay for them once they had swum upstream into the shops of the dealers we were bidding against. 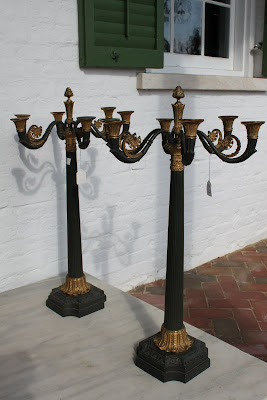 The candelabra, still with their auction house inventory tags

Now, before you blanch and conclude that Reggie has lost his mind and is living out a Liberace fantasy, consider the inspiration: the dining room at Boscobel Restoration, an historic house museum overlooking the Hudson River in Garrison, New York.  As can be seen in the following photographs, on Boscobel's table sits a pair of crystal candelabra that States Morris Dyckman, the builder of the house, purchased in London in 1804 for the room.  Like Boscobel, our dining room at Darlington House does not have a chandelier hanging from the ceiling. 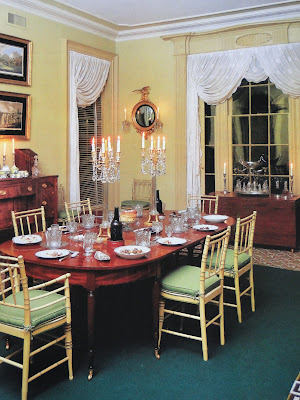 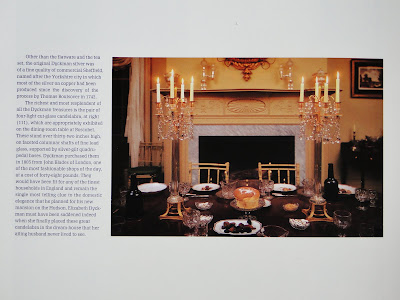 The Boscobel candelabra, also from
Federal Furniture and Decorative Arts at Boscobel

Well, I suppose there may be just a little bit of a Duke of Wellington inspiration, too . . . 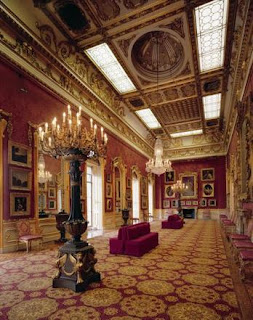 Once we got the candelabra to Darlington House, we saw that they were filthy dirty, as they like to say in the trade.  A cleaning was in order. 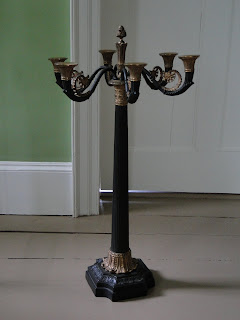 Clearly not of the first period (Charles X reigned briefly from 1824 to 1830), we suspect that our candelabra were likely made anywhere between 1880 and 1920.  They are exceptionally well-made, with surface finishes done in fire gilding and verd antique. 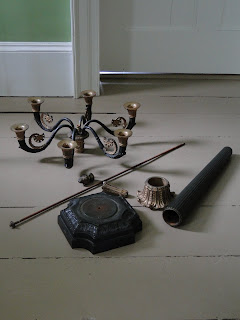 The candelabra are constructed of many different pieces, held together by a single rod that screws into the finial and the base.  It comes apart easily for cleaning. 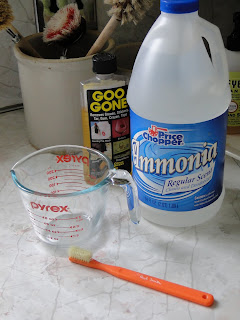 I first removed the sticky residue from the auction house's labels with Goo Gone, and then cleaned the bronze using a tooth brush dipped in a solution of fifty percent ammonia and fifty percent water, plus a little dishwashing liquid. 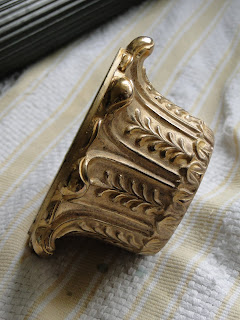 Once the metal was cleaned of its grime, I applied a thin coat of paste wax to the surface, and then buffed it. 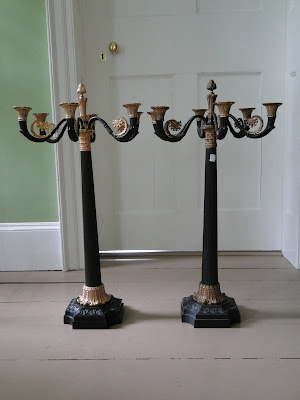 Here is a comparison of a cleaned candelabra next to a dirty one.  Notice how bright the gilt decorations are in the one on the left, and how its base gleams after being waxed. 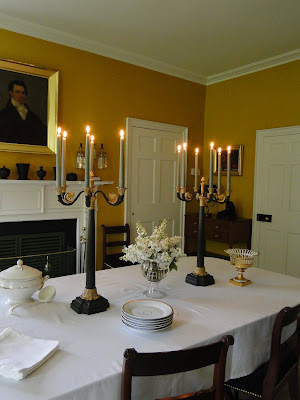 And here the freshly cleaned and waxed candelabra sit on our dining room table at Darlington House.  You can get an idea of their monumental scale by comparing them to the articles on the table.  The flames of the candles shown in the photograph are a full thirty-five inches above the surface of the table.

So, for those of you who do not have a chandelier in your dining room, as we do not at Darlington House, I encourage you to consider tall candelabra.  It's almost like chandeliers on stands.

All photos by Boy Fenwick, unless noted
Posted by Reggie Darling at 6:08 PM