That's Pompey With an "E"

There's something I think I need to clear up here, and that's the correct pronunciation for the name of my most-beloved pug, Pompey, who was named after the noble Roman general, Pompey the Great. 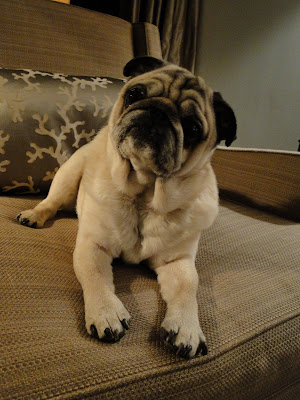 Pompey, photographed by Boy Fenwick
Since I began writing this blog I've had the pleasure of meeting a number of my readers, several of whom have been under the impression that the name of said pug is pronounced the same as Pompeii, the Roman city that had the misfortune to be buried under a flow of molten ashes when Mount Vesuvius erupted in A.D. 79.   Actually, it is not. 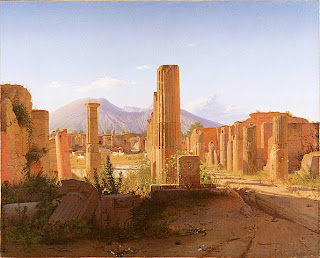 The Forum, Pompeii, with Vesuvius in the Distance
Christian Kobke, 1841
J. Paul Getty Museum, Los Angeles
Pompey, if parsed out in dictionary format, would be Pŏm′pē.  In other words, it rhymes with donkey, and not Pompeii.  The emphasis is on the first syllable "pom", and "pey" is pronounced "pee" (which he does at least several times a day). 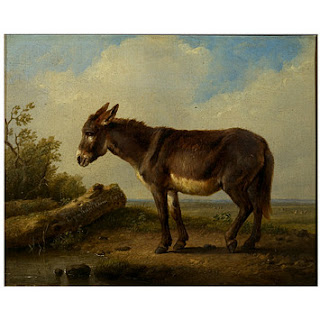