The Greatest Accomplishment of My Adult Life

That would be quitting smoking.  It was one of the most challenging and difficult achievements that I can think of.  Of my life.  While I was never a heavy smoker, giving it up took me several years and many false starts before I finally succeeded.  And it was one of the best, if not the best things I’ve ever done.  That is, except marrying Boy.

I kind of miss the good old days, though. 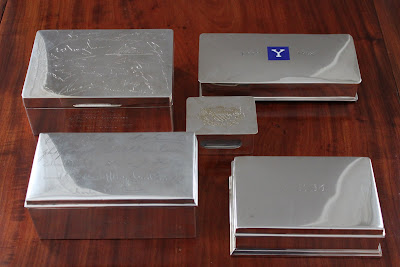 I started dabbling with smoking shortly after college when I took a share in a beach house on Long Island and fell in with a fast, party-boy set.  Cocktails and cigarettes.  Late nights out.  Fun.  The party moved on to Manhattan when the summer was over and I met and then started to date a smoker who enjoyed the hi-life just as much as I did and, well, it’s easy to start smoking on a regular basis under those circumstances . . . 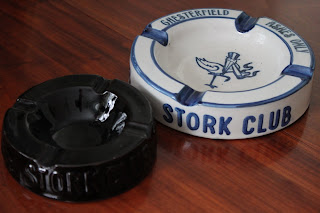 But times and friends and priorities change, and eventually I could no longer deny the cold hard truth that only an idiot destined for an untimely and ungodly death would continue to puff away in this day and age.  And so after more failed efforts than I care to admit I finally quit. 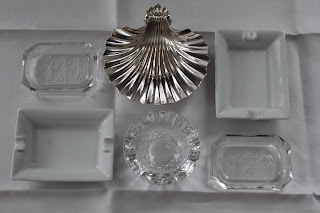 One of the things I enjoyed about smoking, apart from the physical act of doing it, was collecting the paraphernalia available to help one support the habit, such as ashtrays, cigarette boxes, etc.  Known in the collecting world as "Tobacciana", there’s a lot of it out there to choose from ranging from tacky throw-away junk to exquisitely beautiful objects from the likes of Asprey and Cartier.

Over the years I assembled quite a collection by haunting antiques stores and shows, trolling eBay, and always keeping an eye out for interesting examples to add to my collection.  I bought silver cigarette boxes, often engraved with names of long-departed swells, silver ashtrays, and ceramic ashtrays emblazoned with the names of fabled night spots or legendary hotels, such as the Stork Club or Hotel George V.

I collected engraved silver and enameled match box covers, antique match-strikes, and little silver and porcelain cups for holding cigarettes on tables during dinner parties.  I still have them all.  They are too beautiful and have too many fond associations for me to want to get rid of them.  While the ashtrays have long since been stored away in cupboards I haven’t put the silver cigarette boxes away. 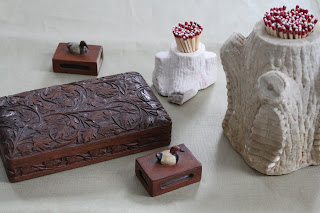 We keep them out still, along with the more decorative match boxes and match strikes, since they are really quite lovely to look at and do wonders for table-scapes as well.  Besides, one still needs a place to put matches used to light candles and fires in one’s rooms. 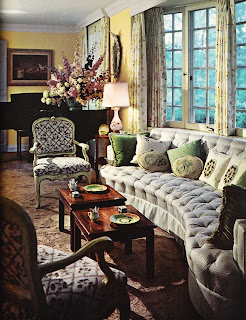 The Richard Rogers' living room at "Rockmeadow"
(note ashtrays and cigarette cups)
Looking through old decorating magazines and books I’m often interested to see that up into the late 1970s ashtrays and cigarettes were almost always seen on tables in the smarter featured residences.  I recently was flipping through my copies of Dorothy Rogers’ My Favorite Things: A Personal Gude to Decorating and Entertaining and The House In My Head, books that I first read with vicarious and thrilling pleasure as a boy, and was surprised to see smoking paraphernalia on virtually every table.  I was also amused to read her helpful suggestion that a successful hostess should always be sure to have plenty of cartons of extra cigarettes on hand for parties.  My, how times have changed. 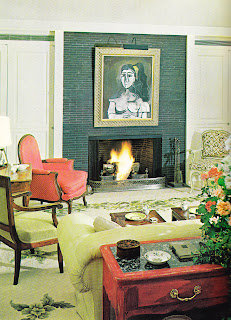 The same ashtrays and cigarette cups in the living room in their next house
Once a smoker, I’m convinced one can never again become a non-smoker, only an ex-smoker.  It's like drinking -- once a drunk always a drunk, whether wet or dry.  Although I quit smoking long ago it took me several years before I stopped catching myself regularly thinking -- usually with a cocktail in hand -- "Wouldn’t it be great to have a cigarette right now?  Wouldn’t it be terrific to feel that good old nicotine rush again?”  After a while the frequency of these reveries subsided, but I still catch myself thinking the same thing every once in a great while. 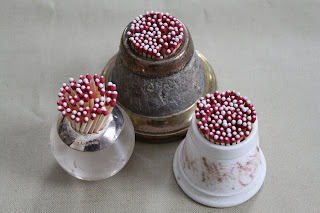 To be honest, I could pick up smoking again in a heartbeat and probably would if the consequences weren’t so obviously vile and horrible.  But they are truly awful so I won’t.  However, as I’ve heard other ex-smokers also admit, if I knew I had a finite period to live, perhaps a couple of months only, I’d probably say “Hey, what the hell, why not? What have I got to lose?”  And then reach for that trusty pack of Marlboro Lites once more . . .
All photos, except those of the Rogers' living rooms, by Boy Fenwick.  Photos of the Rogers' living rooms are from "My Favorite Things" and "The House in My Head" by Dorothy Rogers
Posted by Reggie Darling at 8:01 PM