How Reggie Got His Name

I am the fourth of four children, and I come from a family where my parents were not all that involved in the more mundane, day-to-day responsibilities that raising children requires. Nor were they expected to be since it was assumed that there would be others there to take care of such responsibilities for them. Their parents hadn't been their primary caregivers, why should they be ours? Besides, my mother had several houses to run and was, frankly, more interested in reading novels and smoking cigarettes in her spare time than attending to the more tedious demands of her children. Fortunately she was able to surrender such responsibilities to others better equipped to do so, in particular a woman who came into our household back when we still lived in Grosse Pointe. 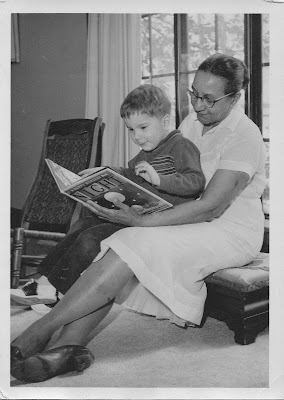 Regina lived with my family for many years, as her husband was a porter with the railroad and spent most of his time traveling the rails, away from home. She attended to my three siblings, who preceded me, a role that my parents were so grateful for that by the time I came around they named me Reginald, after her, and also named her as my godmother. Regina cared for me, she dressed and fed me, and she loved me in a way that blurred the line between caregiver and mother. I loved her in return with the devotion and intensity of a dependant child. I have more vivid memories of her as a very young child than I do of my own mother. 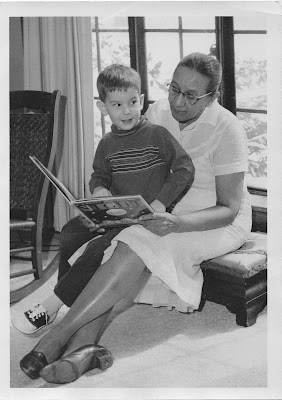 Regina left my parents' employment when I was five years old, when my father took a job in Washington, D.C., and we moved away. Her husband received a modest stipend from the railroad and they retired to a small house in the country. My family’s contact with Regina became increasingly irregular and ultimately was limited to the exchange of Christmas cards, before trailing off altogether. Years later I unsuccessfully tried to find her, or to find what became of her.

Over time I learned that the source of my name was rather unusual in the circles I found myself, and I regret to say that I became increasingly ambivalent of having been named after a domestic, instead of someone more expected, such as an ancestor. Up into my teens people would ask me how it was I was named Reginald, which was such an odd name in the United States at the time, and I would mumble that it was a “family” name or similar, embarrassed that I had in fact been named after a servant employed by my family, no matter how well loved. How often I wished that I had been named instead a normal name such as “Chris” or “Mark” or “John,” and after an uncle or a forebearer. But no, “Reginald” or “Reggie” was the name I bore. In addition it was particularly irksome that the only other Reggie I and my little friends knew of at the time was the black-haired nemesis of the comic book character Archie.

Once I entered my twenties, though, I came to appreciate that Reginald was a rather interesting name, and that to have been named after the woman who loved me as Regina did was something worthy of being proud of. When asked I began, at first somewhat tentatively, to tell people the story of how I came to be named Reginald. Over time I started to volunteer such information, unprompted, as a matter of pride and also because it’s not your typical story.

Almost everyone I tell these days how I came to be named Reginald responds favorably--often after a slight double take--with many saying it was swell (or something to that effect) that my parents were so “modern” to have chosen to name me after Regina when they did. I think it was swell, too.

Here's to you, Regina.


Photos courtesy of the Detroit Free Press
Posted by Reggie Darling at 12:09 AM