As a team leader of a small group of professionals at the investment bank where I work, I believe it is important to develop relationships with those that report to me that extend beyond the requirements of the job.  As part of this I enjoy taking my team out to a group lunch or for drinks from time to time, and I choose destination restaurants known for their excellent food, high level of service, and attractive decor. I make sure to keep the conversation light during such outings, refraining from speaking much about business, if at all.  The focus during these get-togethers is on eating and drinking well, and catching up on what people are doing outside of the office, their families, vacation plans, movies they've recently seen, and books they are reading.  In other words, having a good time. 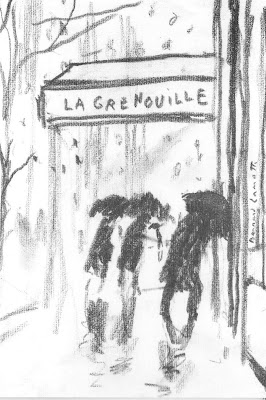 This year I decided to take my team out for a particularly nice lunch to celebrate the holidays at the last great bastion of old-style, formal, French dining left in New York: La Grenouille.  I've eaten at this classic beauty any number of times over the years, both for business and pleasure, and thought it would be an ideal place for us to wile away several luxurious hours on the last friday before Christmas, with the explicit instructions that no-one was to return to the office afterwards. 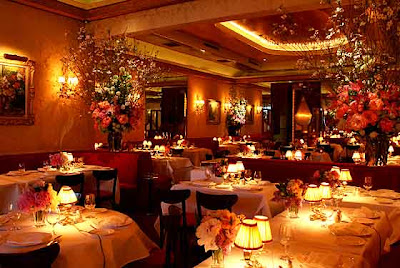 The interior at La Grenouille, photographed by Robert K. Chin

When I first started working in New York after college, the uppermost echelon of the City's top restaurants was dominated by five of the most formal of French restaurants imaginable: Lutece, La Caravelle, La Cote Basque, Le Cirque, and La Grenouille.  Each was rightfully famous for impeccable service, gorgeous interiors, and exquisite, Escoffier-based cooking served by armies of formally-attired waiters and their assistants gliding about the rooms. Each was also overseen by a Maitre d' or owners whose understanding of their patrons' wishes and expectations exceeds anything seen today, and where the welcome and service extended to regulars was so solicitous as to defy imagination.  If, on the other hand, you were not among the restaurant's inner circle you could--in certain of these restaurants--find yourself relegated to a less-than-desirable table where service wasn't quite as superb as what was provided to cherished regulars. In other words: Siberia.  Reasons for such treatment might include being too young, appearing to be too obviously from out of town, arriving wearing less-than-fashionable clothes or dressed too flashily, the subject of a scandal recently reported in the newspapers, or something as trivial as entering the restaurant a bit too tentatively--evidencing a less than ingrained comfort with dining in such an establishment.  I've experienced life both among the Inner Sanctum and in Siberia in these establishments, and believe me--the Inner Sanctum is where one wants to be. 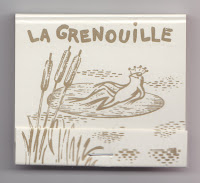 But times and tastes change and of this crew only Le Cirque and La Grenouille remain. In my view, though, only one of these two truly qualifies as the last of the real deal, and that's La Grenouille. Despite Sirio Maccioni's legendary hospitality at Le Cirque I've always felt like an interloper in the half a dozen or so times I found myself dining in its peripatetic, oddly-decorated rooms. Sure, the food is fantastic, but there's a reason they call it Siberia: it's cold there. On the other hand, every time I have had the fortune of dining at La Grenouille Charles Masson has demonstrated a hand so deft at making me and my companions feel beautifully welcomed that I want to return to it again and again.

But what makes La Grenouille so special is the entire experience one has from the moment one enters its doors to when one reluctantly bids it farewell.  In other words: it's Heaven.  It begins with a lovely welcome to a gorgeous interior with extremely flattering lighting, and a justifiably famous display of astonishingly beautiful flowers. 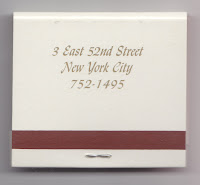 And then there is the food.  It's sublime. After consuming a perfectly made Beefeater martini straight up with olives, I started with an endive salad with pears, walnuts, and Roquefort cheese and then followed it with grain fed roasted chicken "Grand Mere".  While both of these are staples found on the menu in virtually every French restaurant I've ever eaten in, they emerge from the kitchen at La Grenouille transcending the ordinary versions found elsewhere. It's a whole different league. The roast chicken, in particular, was a joy: succulent and juicy, golden crisp skin, perfectly seasoned. This kind of simple, straightforward cooking takes many, many years to perfect.  Since La Grenouille is famous for its dessert souffles and we were in a celebrating mood, each of us ordered one in a different flavor, giddy with excitement.  Mine was pistachio.  Incredible.

And the place was packed!  Every table was occupied, and I saw at least four or five bold-faced names that regularly show up in New York Social Diary.  Everyone appeared to be having an absolutely lovely time.

And that's what you too can expect to have when you dine at La Grenouille, the last of the grand French restaurants in New York.